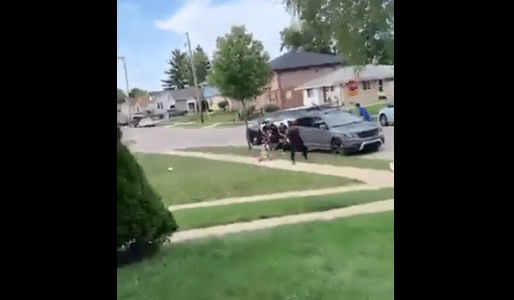 KENOSHA, Wis. — New footage from a different angle has emerged of the moments before Jacob Blake was shot multiple times by a Wisconsin police officer as Blake tried to get into his vehicle, according to a report.

The video captured Blake, 29, engaged in a struggle with at least two Kenosha police officers on the right side of his gray SUV on Sunday, TMZ reported.

Here's a video of the shooting that happened in Kenosha, Wisconsin. This video shows the shooting of Jacob Blake from a different vantage point. pic.twitter.com/d2CYIis6Zm

An officer appears to be trying to restrain him before he manages to get up and walks to the driver’s side door, the clip shows.

Blake was airlifted to a local hospital, where he underwent surgery, his family said Monday, FOX reported.

The officers involved have been placed on administrative leave while the state Justice Department investigates.

I have now reviewed the only video we have about 12X. Here is the forensic analysis so far in seconds. (Written prior to publication of second video.)

The Kenosha police union issued a brief statement regarding the shooting.

“As always, the video currently circulating does not capture all the intricacies of a highly dynamic incident,” Pete Deates, president of the Kenosha police union, said in a statement, Law Officer reported.