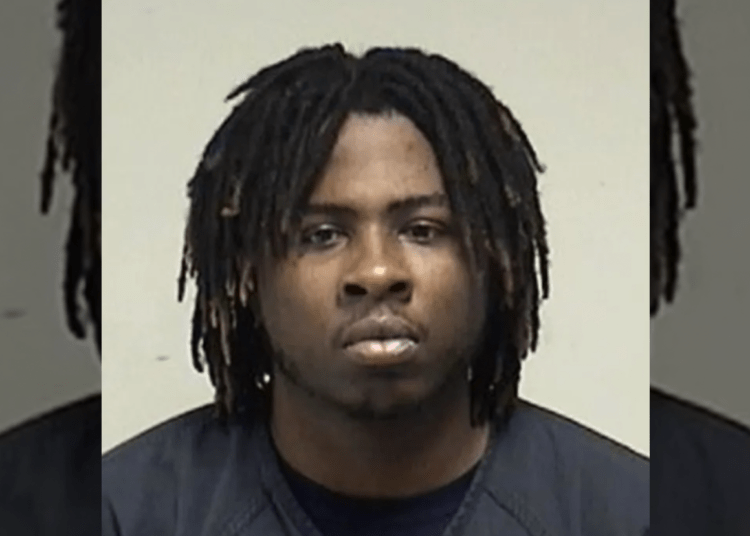 KENOSHA, Wis. – A Wisconsin man is on his way to prison after he was sentenced to five years for throwing a brick at the head of a Kenosha police captain during riots, which occurred in the aftermath of the Jacob Blake shooting in August 2020.

Ashton Howard, 29, not only knocked the captain unconscious and sent him to the hospital, prosecutors said, but the convicted criminal was captured on video following the attack boisterously bragging about his exploits, Fox News Digital reported.  “I dropped his b**ch a**! I dropped his b**ch a**!” he was heard shouting.

Howard previously pleaded guilty in 2022 to obstructing a law enforcement officer while he was engaged in his official duties during civil disorder.

As part of his sentence, Howard was also ordered to pay more than $29,000 in restitution for medical expenses incurred as a result of the attack, and undergo three years of supervision upon his release from prison.

Howard’s attack on the captain came during a riot that erupted after a Kenosha Police officer shot Blake as he violently fought with officers and reached for a knife while being arrested for an outstanding warrant.

“Every day, law enforcement professionals – like the police captain whom Mr. Howard hit in the head with a brick – make sacrifices and put their own lives and well-being on the line to protect all of us,” said U.S. Attorney Gregory J. Haanstad of the Eastern District of Wisconsin in a press release.  “Unlike individuals who sought to peacefully voice concern over social and racial justice issues in Kenosha and elsewhere, Mr. Howard chose to engage in violence – intentionally injuring someone who was seeking to prevent further violence in his community. I commend the resilience of this officer in quickly returning to duty despite his injuries and for his continued service to all who live and work in Kenosha.”

“Violence directed at the men and women of law enforcement who are sworn to protect the people of Wisconsin is completely unacceptable,” said Special Agent in Charge Michael Hensle. “The FBI will continue to use all available resources and will bring those to justice who assault law enforcement officers.”

“Today’s sentencing of the defendant is reassuring that violence, especially when directed towards law enforcement, is never acceptable in our society,” said Kenosha Police Chief Patrick Patton. “The Kenosha Police Department is extremely appreciative of the work conducted by the Federal Bureau of Investigation and the U.S. Attorney’s office regarding this case.”

Despite rabid calls from activists demanding that Kenosha Police Officer Rusten Sheskey face prosecution, along with false narratives — like Blake was unarmed — rampantly repeated, the officer was cleared in the shooting.