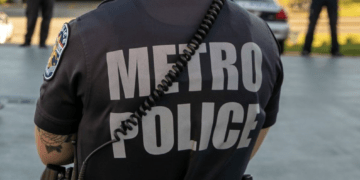 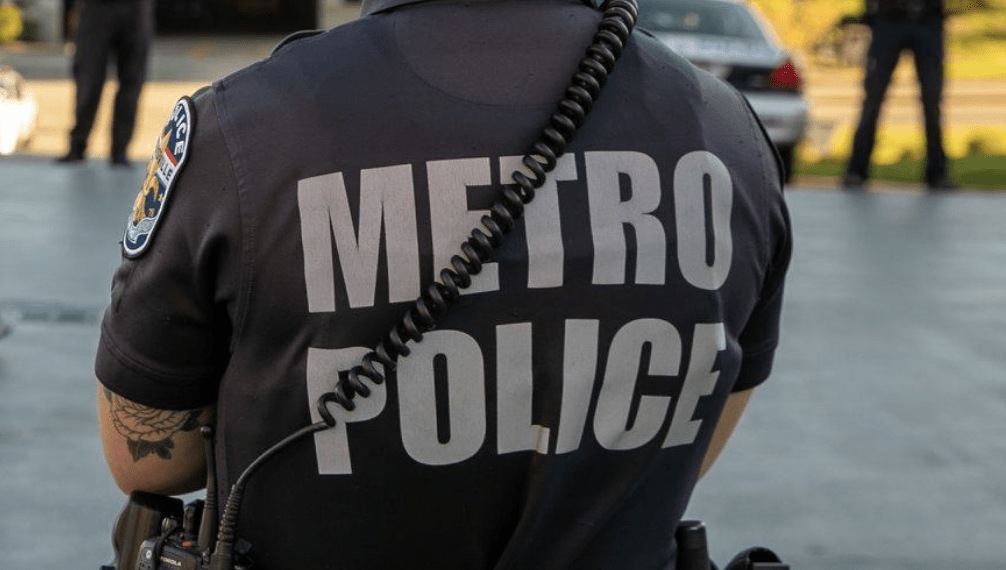 LOUISVILLE, Ky. — Louisville Police stood alongside Mayor Greg Fisher on Tuesday to share surveillance footage from the shooting death of David McAtee, which reportedly shows him firing a weapon before he was shot by officers.

After McAtee, 53, was fatally shot by law enforcement on Monday outside his barbeque restaurant, acting Louisville Metro Police Department (LMPD) Chief Rob Schroeder announced that a surveillance tape had been found, showing that the business owner fired on police first, according to WLKY.

Schroeder explained that the tape still leaves several unanswered questions such as, why did he fire his weapon and why did authorities approach his business in the first place.

Police claim the footage, which has no audio and came from an adjoining business next to McAtee’s, shows him firing at officers who were attempting to disperse a large crowd that was nearby, Fox News reported.

“This video appears to show Mr. McAtee firing a gun outside of his business door, as officers who were using pepper balls to clear the [nearby] lot were approaching his business,” he said during a Tuesday news conference. “This video does not provide all the answers, but we are releasing it to provide transparency. It does not answer every question including, why did he fire? And where were police at the time he fired?”

Schroeder added: “We know these are questions the community is asking, and we are asking these same questions ourselves. That is why we conduct a thorough investigation to get these answers.”

LOUISVILLE, Ky. — Louisville Mayor Greg Fischer on Monday announced the firing of the city’s police chief after learning that two officers involved in the fatal shooting of a black business owner had not activated their body cameras. Fischer said both officers have been placed on administrative leave.

“This type of institutional failure will not be tolerated. Accordingly, I have relieved Steve Conrad of his duties as chief of Louisville Metro Police Department,” Fischer said in a news conference.

The family of the victim identified him as David McAtee, who owned a barbecue restaurant near the shooting scene, WLKY-TV reported. The mayor called McAtee a wonderful citizen, and said many knew him as “the BBQ man.”

According to law enforcement authorities, the shooting occurred when officers tried to break up a large group of protesters. They said someone opened fire on law enforcement and officers returned fire, CBS News reported.

The two officers involved in the shooting violated department policy by not wearing or activating the bodycams, said Deputy Chief Robert Schroeder. “We will review the entire incident to determine if there were any other policy violations that occurred,” Schroeder said. “I assure you, there will be discipline for failing to utilize our cameras.”

Schroeder said Kentucky State Police will also be conducting an independent oversight investigation. The mayor said the National Guard will also carry out an investigation.

In addition, U.S. Attorney Russel Coleman announced Monday night that the FBI and the U.S. Attorney’s Office will also investigate the shooting “and will take any appropriate action that is warranted by the facts and the law.”

“I strongly welcome these external investigations … and will support them in any way possible,” Fischer said.

Schroeder said there is footage available from the police department’s “real-time crime center” that shows the shooting from a distance and that they released that video Monday.

Kentucky Governor Andy Beshear also held a press conference Monday and said it was unacceptable that there was no activated body camera footage and that the firing of the police chief “had to happen.”