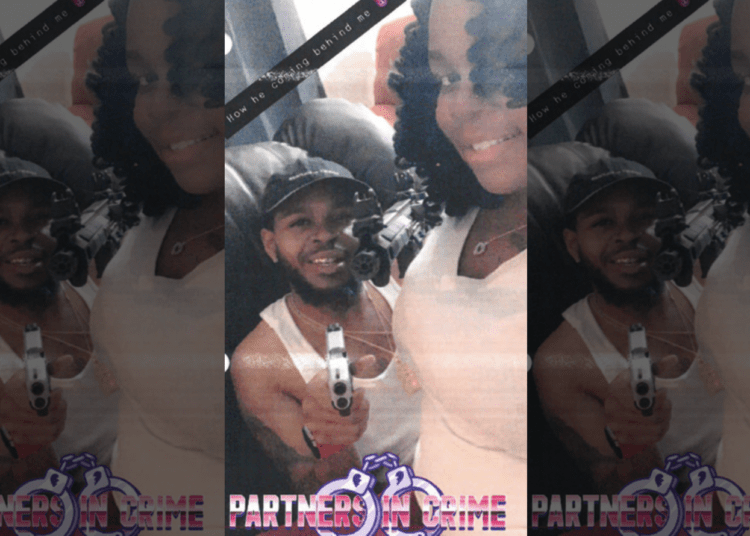 LOUISVILLE, Ky. — Thousands of newly released Louisville police files shed new light on the internal investigation conducted following the fatal OIS of Breonna Taylor and show contacts between the young woman and a man she dated previously who was suspected of drug dealing.

The Louisville Metro Police Department on Wednesday released extensive testimony and other evidence, which includes conflicting information about when the contacts ended between Taylor and her ex-boyfriend, Jamarcus Glover, Fox News reported.

In a recorded jailhouse conversation on the day she died, Glover said he and Taylor had not “been around each other in over two months.”

“I ain’t got nothing going on with Bre no more,” he told a woman whose name was redacted from the report.

Nevertheless, other evidence suggests Taylor and Glover were together in the same vehicle a month before her March 13 death. According to the evidence, a pole camera showed Glover driving a car registered to Taylor on Feb. 13. He pulled up in front of a residence and went inside. A few minutes later, Taylor got out of the passenger side of the car, looked around for a few seconds, and then got back in the vehicle. Glover soon left the home, got back in the car, and drove off.

Taylor, 26, lived with her sister in an apartment in Louisville. She and her then-boyfriend, Kenneth Walker, were in her bedroom on the night of March 13 when police came to her door with a narcotics warrant.

Walker initially said Taylor fired at police but then admitted to shooting at officers claiming he thought an intruder was breaking in, according to reports.

For months, the raid had been characterized in reports and by officials as the execution of a “no-knock warrant,” meaning law enforcement officers enter without knocking or announcing themselves. But Cameron later clarified that officers did knock because of the sensitive nature of the investigation before breaking down the door, according to a neighbor in the building.

Taylor’s name came up in the drug case at least in part because she had posted bail a few times from 2017 to January 2020 for Glover and another defendant, Darreal Forest, in amounts that went as high as $5,000, according to police files released Wednesday.

The documents identify a person named “Breezy” — a nickname Taylor reportedly went by among loved ones — as sending Walker a photograph of herself “with an AR-15 strapped across her chest,” police said. Any further context behind the photos was unclear.

Some items were redacted, blurred or withheld for privacy or legal reasons. Photos and videos of Taylor were “blurred out of respect,” police said. Audio of personal conversations that officers had while their body cameras were activated was redacted. Those conversations “had nothing to do with the scene or case,” police said.

Details of the chaos and confusion during the raid that resulted in Taylor’s death were revealed in hours of audio recordings recently released by Cameron’s office. They contained testimony and recorded interviews presented last month to the Kentucky grand jury that decided not to charge any Louisville police officers in Taylor’s killing.

The grand jury ultimately decided to indict Hankison but not Mattingly or Cosgrove on wanton endangerment charges for allegedly firing bullets into the neighboring apartment with three people inside. He has since pleaded not guilty.

None of the officers were indicted on charges directly related to Taylor’s death. Cameron, who presented the evidence to the jury, later acknowledged he did not recommend murder charges since he believed the officers were justified in returning fire.

Late Wednesday, Cameron filed a motion in a local court asking it to dismiss a request by an anonymous grand juror to speak publicly about the panel’s deliberations in the Taylor case. Cameron issued a statement expressing “concerns with a grand juror seeking to make anonymous and unlimited disclosures about the grand jury proceedings,” which he called secretive by firm legal precedent in order to protect the safety of all involved.

In August The Courier Journal summarized an internal report written by Louisville Metro Police after officers fatally shot Taylor. “The 39-page (LMPD) report and corroborating evidence do show that Taylor had more extensive ties than previously made public with an accused drug trafficker who was at the center of a larger narcotics investigation in Louisville,” according to the Courier Journal.

The report sheds more light on the reasons why they chose to forcibly enter her South End apartment the night she was killed, Law Officer reported.

In brief, Glover used her home to receive mail, keep drugs or stash money earned from the sale of drugs.