Jamarcus Glover is wanted on a number of drug related charges 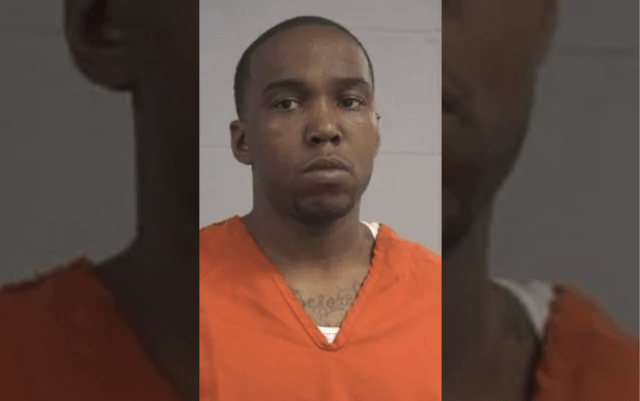 LOUISVILLE, Ky. — The primary suspect sought by police during the narcotics search warrant that ultimately led to the death of Breonna Taylor, 26, was a man identified as Jamarcus Glover.

Glover, 30, of Louisville, was the main target in a drug probe that prompted police to request the search warrant for Taylor’s apartment.

Officer Brent Hankison was terminated in June for his role in the fatal encounter, which occurred in March.

Glover was arrested the same night as Taylor’s shooting. He was picked up at an alleged drug house 10 miles to the north in Louisville’s West End. He was released on bail but is now a fugitive after failing to post a new bail set at $50,000 when he was charged again last month, Courier Journal reported.

Glover skipped a recent court appearance; his lawyer said Wednesday that he doesn’t know where his client is. A warrant was issued for his arrest on July 27. Glover faces a number of drug-related charges in two separate cases, WAVE News reported.

The Courier Journal summarized an internal report written by Louisville Metro Police after officers fatally shot Taylor. “The 39-page (LMPD) report and corroborating evidence do show that Taylor had more extensive ties than previously made public with an accused drug trafficker who was at the center of a larger narcotics investigation in Louisville,” according to the Courier Journal.

The report sheds more light on the reasons why they chose to forcibly enter her South End apartment the night she was killed.

In brief, Glover used her home to receive mail, keep drugs or stash money earned from the sale of drugs.

Breonna Taylor’s ex-boyfriend was taken into police custody on Thursday after warrants had been issued for his arrest.

Jamarcus Glover, 30, and was charged with drug and traffic offenses, Wave 3 News reported.

He’s is being held in lieu of $50,000 bond at Louisville Metro Department of Corrections.