Indicted Louisville officer thought his partners were being ‘executed’ 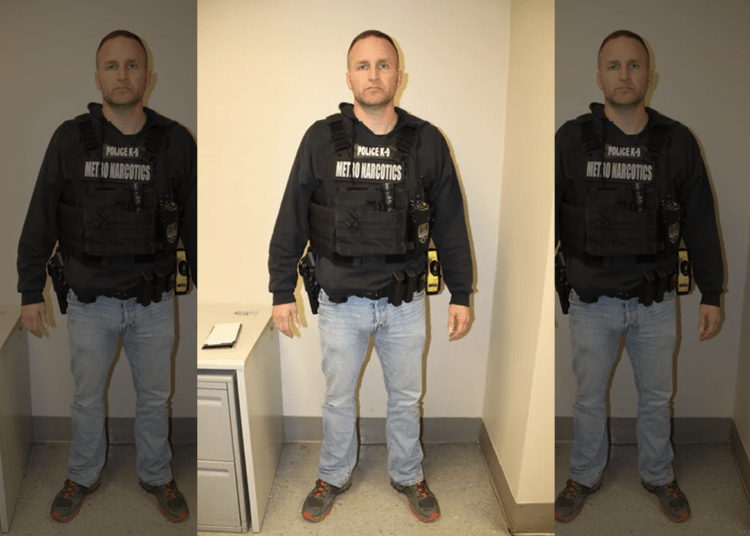 LOUISVILLE, Ky. — The former Louisville police officer charged for his actions during the raid at Breonna Taylor’s apartment said he fired his weapon because he thought his colleagues were being “executed,” recordings from grand jury proceedings show.

A Kentucky grand jury last week heard a recording of former Detective Brett Hankison speaking with investigators in March. Nearly 15 hours of audio from the closed-door proceedings were released Friday.

No officers directly involved in the raid were indicted on charges connected with Taylor’s death. Nevertheless, Hankison was indicted on three counts of wanton endangerment in the first degree for allegedly firing blindly into Taylor’s apartment. He has pleaded not guilty.

Stewart Matthews, an attorney for Hankison, told CNN on Friday that he hasn’t received copies of the grand jury recordings but hasn’t seen any “surprises” on news reports.

At times during the interview, Hankison sounds overcome by emotion describing when Sgt. Jonathan Mattingly was shot in the leg during the raid, CNN reported.

“I didn’t know if Jon was down and they couldn’t get his body or if he was – but all I could hear was the firing. I saw the flashing,” Hankison said. “I thought they were just being executed because I knew they were helping Jon because Jon said, ‘I’m hit, I’m down’ and the gunfire intensified.”

Hankison wasn’t the only one to provide testimony of this nature. Lt. Shawn Hoover also recalled Mattingly saying, “I’ve been hit!,” according to a recording of his March interview with investigators.

Several times during his interview, Hankison said he had seen a large figure at the end of the apartment’s hallway in a military-like stance and holding a long gun that he believed was an AR-15 rifle.

Furthermore, Hankison told investigators that he fired his weapon since he feared for his life and those of his colleagues. He described their vulnerability as “sitting ducks.”

Investigators determined that Kenneth Walker, Breonna Taylor’s boyfriend, had a 9mm handgun at the scene. He has admitted firing at police. He said he believed they were intruders.

Walker’s attorney, Steve Romines, told CNN that Walker told officers at the scene that Taylor fired the gun because he feared police might harm him.

“Kenny Walker told police as soon as they interviewed him at the station that he had fired the shot and advised them he had told the police at the scene she had fired because he believed they might very well kill him,” Romines said.

Meanwhile, Myles Cosgrove, the officer who FBI ballistics determined likely fired the fatal shot that claimed the life of Taylor is crowdsourcing funds to buy out the remainder of his service and begin a new chapter in life by retiring. The LMPD professional cites safety risks that he and his family are facing during ongoing protests in the city, Law Officer reported.

The family of Cosgrove, who was not indicted on any charges last week but remains on administrative leave from the police department, is using the Christian crowdfunding site “Give Send Go” to “raise enough funds to help him purchase the remainder of his service time, or ‘air-time,’ so that he can retire from the LMPD and continue to focus on the safety of his family, a family that has been put continually at-risk over the past few months.”

“It has recently become clear that it will be impossible for Myles to safely return to his position serving the community with the Louisville Metro Police Department,” the family wrote.

Cosgrove, who served in the U.S. Marines and was honorably discharged, “has selflessly served this country and his communities, again and again, for the past 23 years, only to find himself the target of a meticulous campaign of disinformation,” the family said.

The page described a “perpetual, nightmarish reality for Myles and his family,” who have been doxed, harassed, and received “countless” threats that grow “more legitimate and scarier” every day. It blamed the media, which “intentionally leaves out important details with regards to this specific case,” and therefore, “lied by omission on many occasions.” The page added that “blatant lies” on social media have become even more widespread and have destroyed Cosgrove’s reputation.