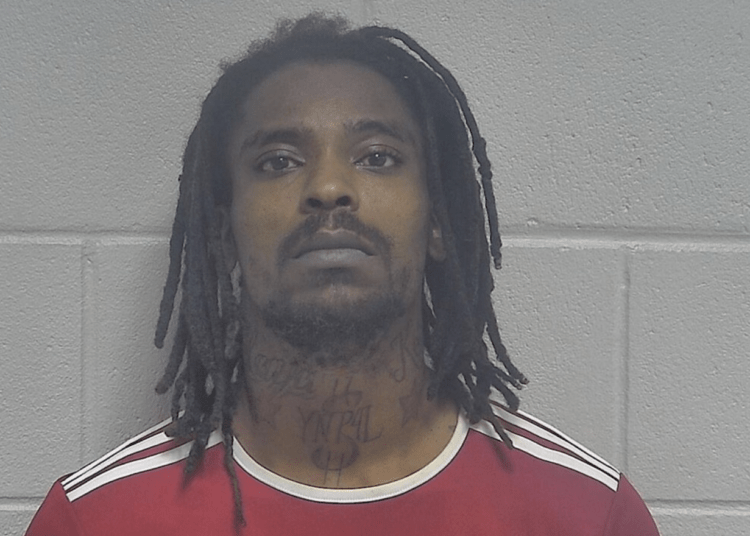 LOUISVILLE, Ky. — A previously convicted Louisville man faces federal charges after he is accused of posting a video to Facebook Live holding a firearm and saying he would shoot Louisville police officers if someone paid him $30,000, officials recently announced.

Cortez Lamont Edwards, 29, on Wednesday posted the video, in which he showed the Louisville Metro Police Department responding to an unspecified crime scene in front of his home.

In the livestream video Edwards was seen with an “AR variant pistol including a non-extendible support brace with an extended magazine,” in which he also said “he is requesting being paid $30,000.00 to shoot Louisville Metro Police Department (LMPD) officers on scene,” according to a Sunday press release by the U.S. Attorney’s Office in the Western District of Kentucky.

“Louisville needs healing and safety for its citizens, not armed felons seeking bids to shoot police,” said U.S. Attorney Russell Coleman. “Federal law enforcement here will continue to respond as one to swiftly mitigate threats to our city.”

“Threats against law enforcement are unacceptable,” stated Special Agent in Charge R. Shawn Morrow of the Louisville Field Division of ATF.  “When you threaten police and brandish firearms, you can expect the attention of ATF. This morning ATF agents, with the immediate assistance of LMPD, HSI, U.S. Marshal’s, and the FBI, executed a warrant and arrested an armed felon ensuring he wouldn’t carry out those threats.”

When local police and federal law enforcement showed up on Sunday to search Edwards’ home, they found him sleeping on his living room couch with a Glock 9mm semiautomatic pistol nearby, the DOJ said. Edwards was alone with a toddler at the time of his arrest, officials added.

As a result, he was charged with being a felon in possession of a firearm and faces up to 10 years in prison if convicted, FOX News reported.

Edwards is a convicted felon based on a case from Jefferson Circuit Court, Jefferson County, Kentucky for Complicity to Trafficking in a Controlled Substance and Possession of a Firearm by a Convicted Felon, indicating a longer criminal history that was not mentioned in the press release.