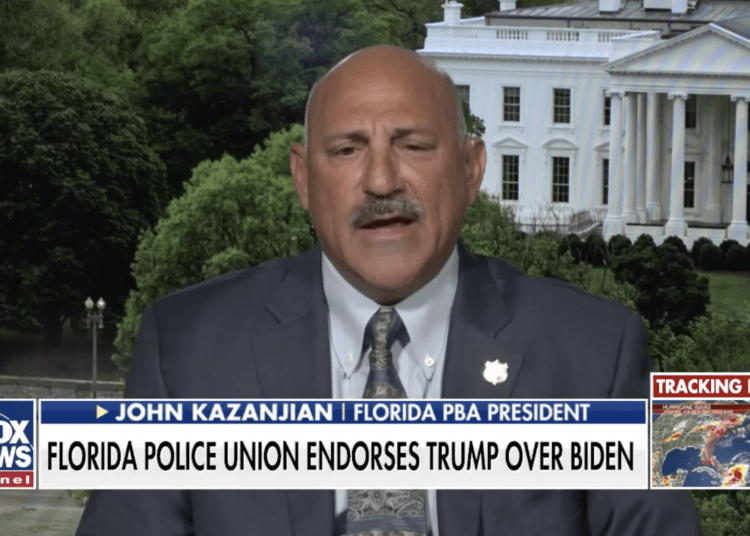 The president of the largest police union in Florida announced Friday that their organization is supporting President Trump for reelection.

“We’re 30,000 strong. We go from the panhandle to Daytona, to Tampa down to Miami and the Keys,” said the president of the Florida Police Benevolent Association, John Kazanjian.

Kazanjian explained that the decision to endorse Trump started with his move last week to call for an “emergency meeting via conference phone” with all of the chapter and charter presidents and board of directors, Fox News reported.

“I spelled it out on what’s going on not just in Florida but across this country that, ‘Hey, you know what, we’re getting beat up. We’re getting used like a punching bag and we’re tired of it and President Donald Trump has been there for us. He supported us.’”

Kazanjian said that he will be meeting with Trump to hand him the endorsement letter later on Friday at the White House.