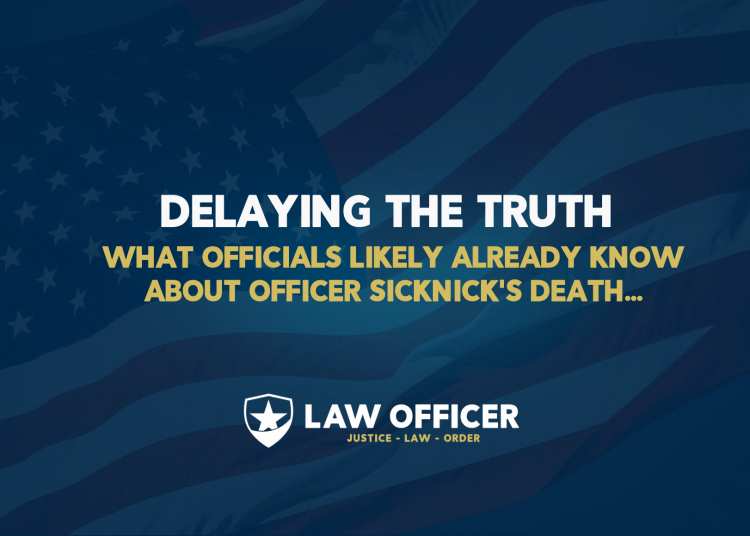 While the media and politicians may think they’re fooling the American public, they’re hardly fooling anyone in law enforcement. As former Providence Police Homicide Investigator Jason Simoneau confirmed, investigators and authorities must know how Capitol Police Officer Brian Sicknick died. In fact, Simoneau explained that even if they followed the most basic and most typical investigation procedures, they have likely known for quite some time.

To make the point clear, Simoneau told Law Officer, “they one million percent know.” That’s because it’s basic procedure that within 24 hours of a suspected homicide, an autopsy is performed, according to Simoneau. He also added that even if there was a death that occurred on a weekend, the results may not be known until Monday. But in a high-profile case, there would likely be no delay

Simoneau, a 24-year veteran, also stated that evidence of trauma is certainly discoverable within 24 hours, whereas more complicated causes of death, may take longer.

However, despite the fact that autopsy results are typically rendered within days, authorities continue to say they are awaiting results from the toxicology report, which seems more like an excuse, than any actual explanation. Simoneau said that such a claim is completely bogus.

An autopsy report reveals almost immediately whether drugs are present—a toxicology report provides investigators with a more specific amount.  According to Simoneau, it is highly improbable that the final toxicology report would take this long. Moreover, he stated that the results of a toxicology report might rarely, if ever, contradict more urgent announcements and conclusions, such as whether the case involved murder or a medical emergency.

Meanwhile, in the void of facts and information, the media continues to spin outrageous claims and theories. For example, it is difficult to ignore the “bear spray” theory—and just how ridiculous it is: even if massive amounts were ingested, and even if it appeared on a toxicology report, it is still not a poisonous substance.

Simoneau is dumbfounded by what he has observed in this case. And the only practical explanation is that for whatever reason, officials and the media need the initial narrative of lies to continue. Even worse, it doesn’t seem like the results will be announced anytime soon.

But one thing is clear: most politicians and the media hardly seem to care about the results and the truth of the matter, even though likely more than one person within the Department of Justice certainly knows the truth. And they certainly know the actual results. Yet it seems they also know they can get away with it because hardly anyone is demanding the results—and demanding to know the truth.