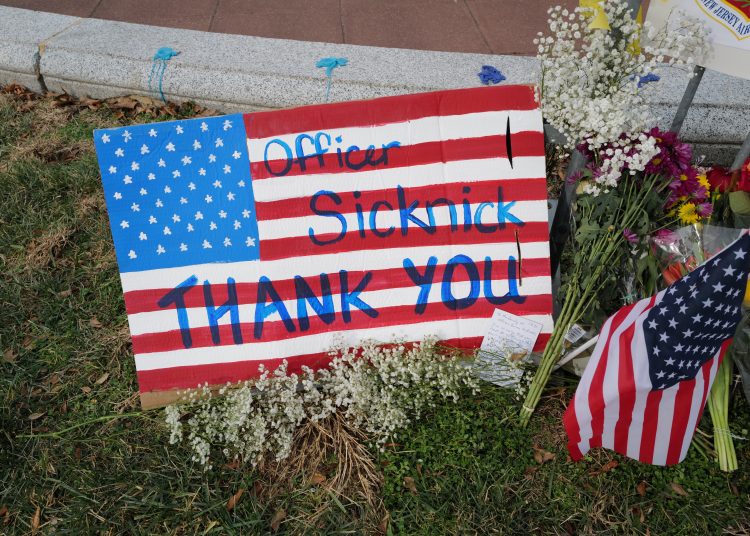 Washington D.C. — Law Officer was one of a few media outlets that dared to question the narrative that fallen Capitol Police Officer Brian Sicknick was murdered by a “Pro-Trump” mob during the so-called “insurrection” on January 6th, 2021. And while we may seem proud, we have to admit that it’s hardly challenging to point out the ridiculously absurd narratives published in mainstream news and social media. However, they seem to be stooping lower and lower to grab political points—while dishonoring law enforcement professionals everywhere.

Officer Sicknick’s own family asked the media to stop making his death about politics. They also clearly indicated that Brian may have died from a medical condition. Unfortunately, the family’s request has been ignored. And in trying to point out there request, we were blasted for suggesting that there is little—if any—actual evidence to substantiate that Officer Sicknick died at the hands of rioters during a propogated “insurgence.”

When we published our story, Law Officer had enough sources to claim that Officer Sicknick was not killed by a fire extinguisher—and that is what we reported. And regretably, in trying to speak up for Officer Sicknick’s family, and stand up in his honor, it seems his death is still being politicized—or at the very least, Law Officer has heard from a lot of people who oddly never seemed to care about any other deaths of law enforcement officers.

Officer Sicknick is no longer with us, and it is important to find out why that is. But to lie about his death and to hurl insults at anyone attempting to find the truth about it should seem concerning—and much like the political nonsense that his family wanted to avoid.

And if we can ever hope to finally honor their wishes, we should let the facts and the truth be heard—not endless political nonsense. We know that the autopsy is complete. We know that he had no trauma that would indicate blunt force. And we also know that he never mentioned being struck in the head to his own family.

Yet we can only speculate why mainstream news and social media—and politicians—continue to spin lies about Officer Sicknick, who should be honored as a hero, instead of a political pawn. Although, speculation aside, an undeniable fact is that the political nonsense continues… 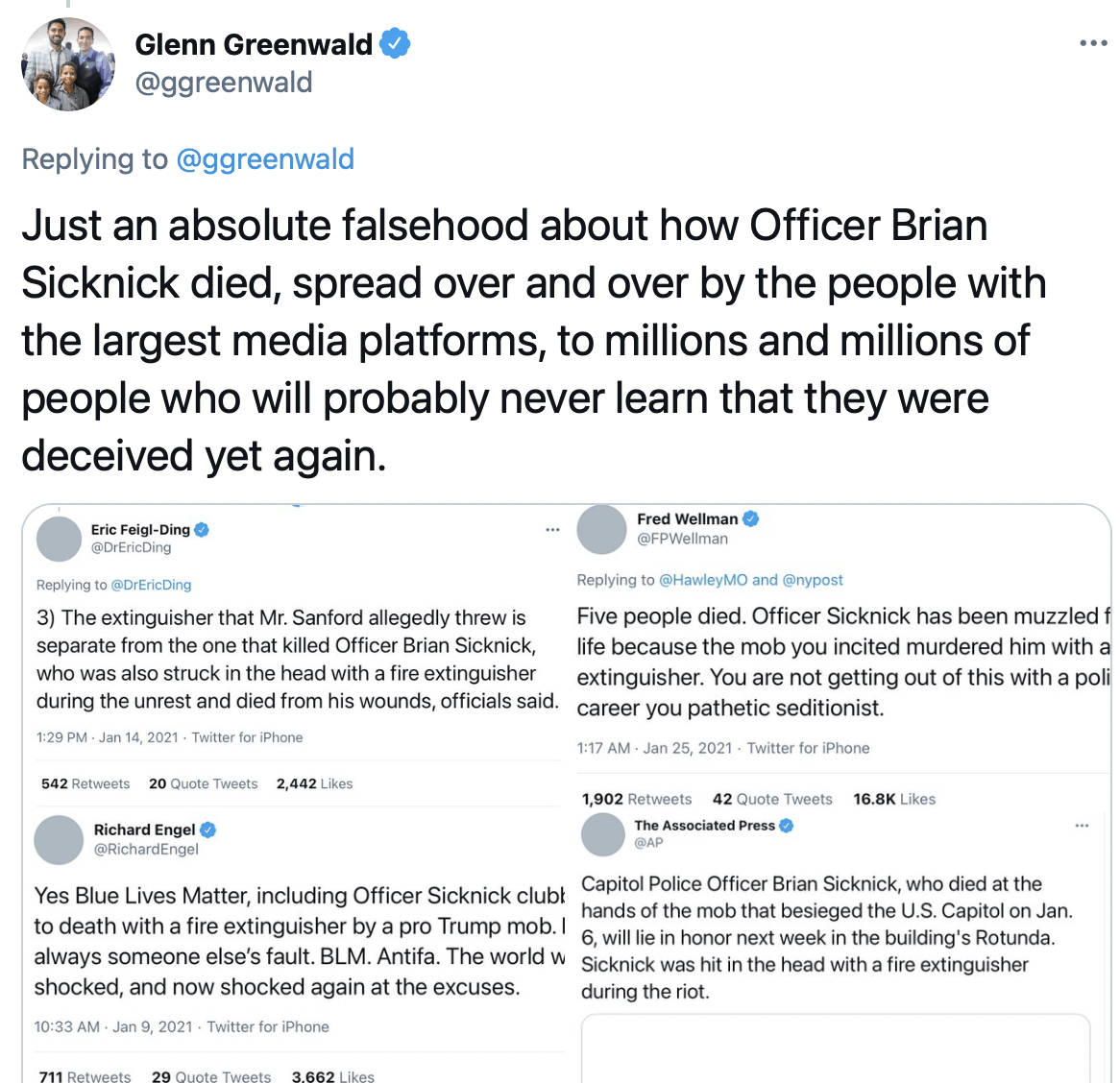 Officer Sicknick should be honored, and his legacy and family should be left alone out of the respect they have requested. However, since the original lie that Brian was murdered at the hands of insurrectionists apparently wasn’t good enough for political theater, it seems even more outrageous, political lies are necessary for those who cannot stop spewing political garbage, or find their way back to civility.

Of course, as the fire extinguisher lie began to unravel, a new theory has emerged in what appears to be an all-out attempt by the media to ensure that Officer Sicknick somehow—some way—goes down in history as being a victim who was murdered by Trump Supporters.

CNN reports that federal investigators have a theory that Officer Sicknick was killed with “bear spray” by the mob.

Of course, there is no reason to believe CNN, but the bear-spray claim is pretty unbelievable.

And of course CNN has abandoned journalism for politically motivated speculation years ago. But nobody should accept this claim as truth in any way, shape, or form: CNN—”we think some bear spray killed him.”

Bear spray is essentially the oleoresin capsicum spray (O.C.) used in law enforcement but with one exception: it’s designed to reach a larger area. After all, it’s not good to be close to a bear. However, while the term “bear spray” may sound scary and more potent, it’s actually less potent than kind of self-defense spray civilians can buy at Wal-Mart. 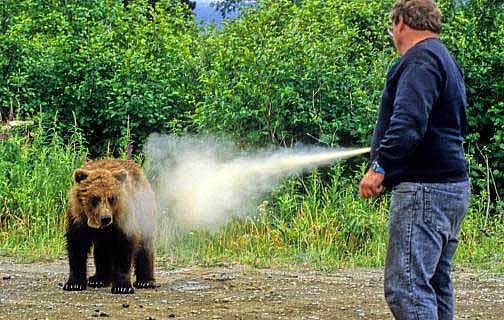 We don’t expect the media to actually act like journalists and understand this fact. But if they did, they would know that the effects of generic bear spray are minimal compared to other commercial sprays. Personally speaking, in my 30 years in law enforcement, I’ve been sprayed with everything from basic O.C. spray, to bear spray, to some crazy military stuff that I don’t want any part in ever again. And by far, bear spray is pretty weak.

Putting my personal experiences aside, the medical research is also clear. The effects on humans who encounter O.C. spray are minimal and generally dissipate within 30 minutes. Practically every cop in America has had the privilege to be sprayed with it, whether in training or on duty. And existing research has yet to reveal a line of duty death being attributed to O.C. spray.

In conducting thorough research as we typically do, we did find a study conducted by the Department of Justice that identified 63 suspects who died after being exposed to O.C. Spray. However, it was inconclusive because other factors may have contributed to the cause of death, such as drug use or overdosing. For example, the study cites preexisting asthma as a contributing factor, along with drug use, disease, “or a combination of factors.”

Sure, it’s certainly possible that Officer Sicknick was killed with bear spray. But he would have suffered severe asthma-like conditions if that had actually happened. More importantly, there is no indication that anything like that actually occurred. In other words, there is no evidence to substantiate such a theory, and such politically-minded media speculation.

However, Officer Sicknick’s family indicated that he died from a medical condition. And it was reported early on that he died from a stroke—despite whatever speculations, theories, and fire-extinguisher fantasies and bear-spray blame the mainstream news and social media are trying to come up with, and who knows what they’ll think up next.

All that said, Officer Sicknick should be honored. And out of respect for his family and his legacy, politicians, media hacks, and self-righteous Twitter-ites should stick to the facts—and stop speculating and making a spectacle of themselves and disgracing a fallen officer.