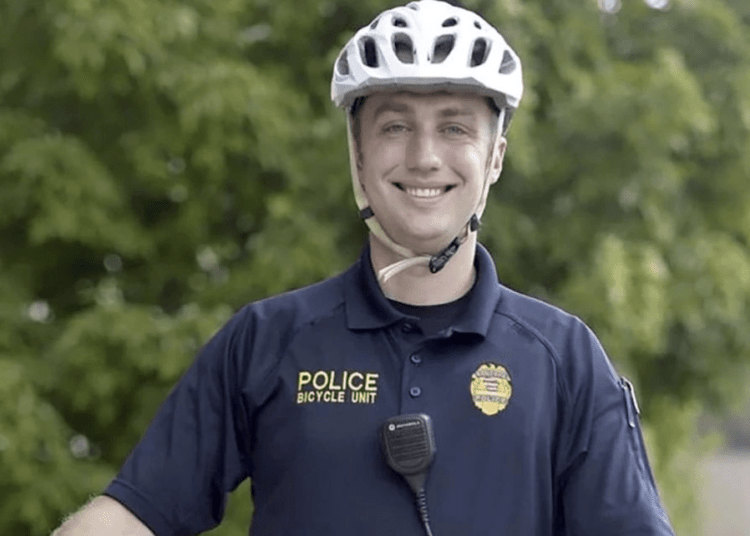 KENOSHA, Wis. — The Kenosha police union issued a statement Friday on the OIS of Jacob Blake, a widely misunderstood event last Sunday, which has sparked protests and riots in the city this week, leading to two deaths.

In Sunday’s incident, Blake, 29, was “armed with a knife” and “forcefully fought” with officers, putting one of them in a headlock, Brendan Matthews, an attorney for the Kenosha Professional Police Association, said Friday, according to Kenosha News.

State investigators said Blake had a knife “in his possession,” and it was later recovered from the floorboard of his vehicle, FOX 6 of Milwaukee reported.

Matthews stated that during the struggle with Blake, two officers used Tasers.

“None of the officers involved wished for things to transpire the way it did,” Matthews said.

Authorities have said Blake, 29, was shot in the back seven times by Kenosha police Officer Rusten Sheskey while resisting officers and trying to reach his vehicle.

On Friday he remained paralyzed in a Kenosha hospital.

Video of the incident shot by a bystander set off violent nightly protests — including Tuesday night’s unrest, in which a 17-year-old from Illinois allegedly fatally shot two people and wounded a third. Many say his actions were in self defense.

The police union statement added that most accounts of the OIS were “wholly inaccurate” and “purely fictional,” Kenosha News reported.

“The purely fictional depiction of events coming from those without direct knowledge of what actually occurred is incredibly harmful, and provides no benefit to anyone whatsoever, other than to perpetuate a misleading narrative,” Matthews stated.

“Mr. Blake was not unarmed. He was armed with a knife. The officers did not see the knife initially. The officers issued repeated commands for Mr. Blake to drop the knife. He did not comply.”

Blake’s lawyer claimed his client was trying to break up a domestic dispute before his arrest and he was unarmed at the time, FOX reported.

However, this story would seem inaccurate based upon details contained in the arrest warrant.

Blake had previously been accused of sexual assault. He was forbidden from going to the Kenosha home of his alleged victim from the May 3 incident, and police were dispatched Sunday following a 911 call saying he was there, Law Officer reported. The officers were aware he had an active warrant, according to dispatch records.

According to the statement from Matthews, officers were told before they arrived that Blake had a felony warrant for his arrest for a domestic violence incident that included a charge of third-degree sexual assault, Kenosha News reported. Officers who encounter people with active warrants are required to take them into custody.

Blake is accused in the criminal complaint, which was obtained by The New York Post, of breaking into the home of a woman he knew and sexually assaulting her.

The victim, who is only identified by her initials in the paperwork, told police she was asleep in bed with one of her children when Blake came into the room around 6 a.m. and allegedly said “I want my sh-t,” the record states.

She told police that Blake used his finger to sexually assault her, sniffed it and said, “Smells like you’ve been with other men,” the criminal complaint alleges.

The officer who took her statement said she “had a very difficult time telling him this and cried as she told how the defendant assaulted her.”

The listed victim said Blake “penetrating her digitally caused her pain and humiliation and was done without her consent” and she was “very humiliated and upset by the sexual assault,” the record states.

She told police she “was upset but collected herself” and then allegedly ran out the front door after Blake, the complaint says. She then realized her car was missing, checked her purse and saw the keys were missing and then “immediately called 911,” the complaint says.

The listed victim told police she has known him for eight years and claims that he physically assaults her “around twice a year when he drinks heavily.”

Police filed charges against him for felony sexual assault, trespassing and domestic abuse in July when a warrant was issued for his arrest.

The initial 20-second video shot by a bystander and made public doesn’t show what led up to the shooting and Wisconsin authorities have given few details. However, a second video appeared that shows officers wrestling with Blake prior to the shooting.