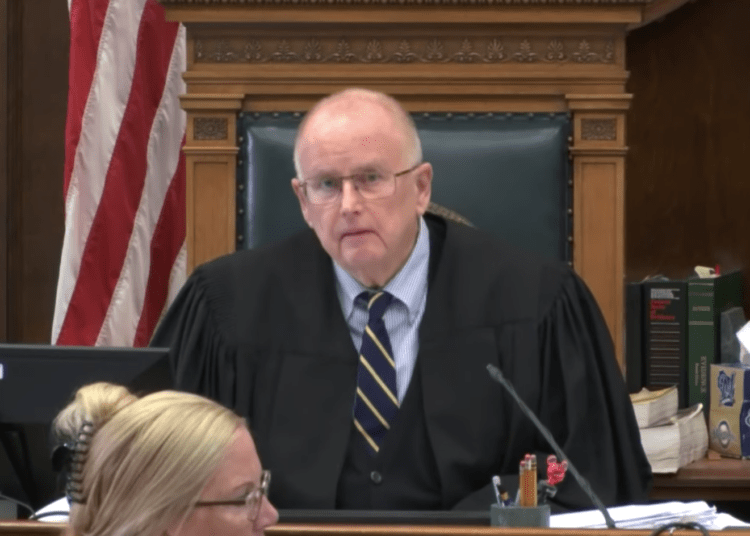 KENOSHA, Wis. — Judge Bruce Schroeder who is presiding over the Kyle Rittenhouse trial banned MSNBC from the courtroom on Thursday after a man claiming to be a producer for the network was accused of following the “sealed” jury bus on Wednesday evening.

The Kenosha Police Department confirmed Thursday that there was an “incident with a person who is alleging to be affiliated with a national media outlet” and the individual was issued a traffic citation for running a red light, apparently in his haste to stay close to the bus, New York Post reported.

“Police suspect this person was trying to photograph jurors. This incident is being investigated much further,” authorities said.

The man identified himself as James Morrison when he was pulled over for the traffic violation Wednesday night while trailing the jurors bus from the Kenosha County Courthouse, Judge Schroeder said.

“He stated that he had been instructed by [a superior] in New York to follow the jury bus,” the judge noted.

Judge Schroeder called the incident an “extremely serious matter” and barred any MSNBC journalists from attending the remainder of the trial.

“I have instructed that no one from MSNBC News will be permitted in this building for the duration of this trial. This is a very serious matter,” he declared. 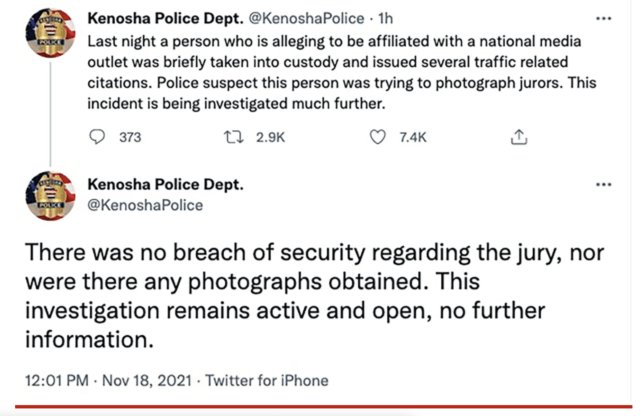 A representative for NBC News confirmed that a freelancer for the news organization received a traffic ticket, but denied any wrongdoing, according to the Post.