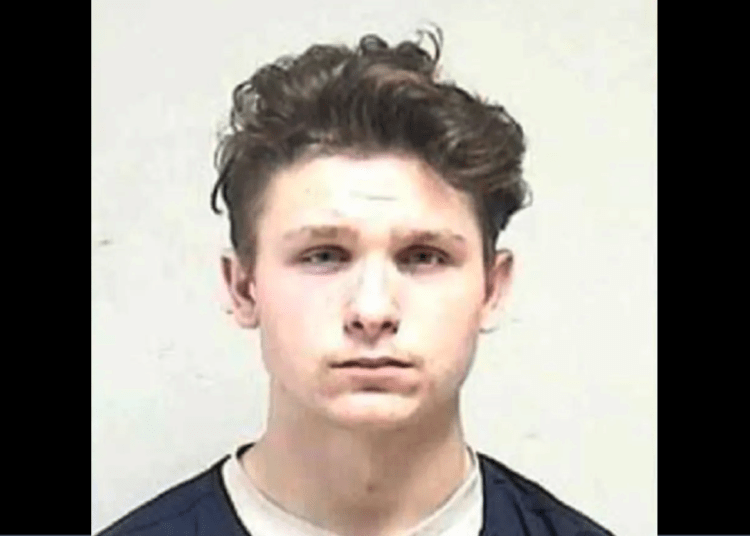 KENOSHA, Wis. — The Wisconsin man who purchased the AR-15-style rifle used by Kyle Rittenhouse reached a plea agreement Monday with prosecutors and will no longer face felony charges, according to reports.

Dominick Black will plead guilty to a reduced charge of contributing to the delinquency of a minor and pay a $2,000 fine, the New York Post reported.

Black, 20, was charged in November 2020 with two counts of delivering a dangerous weapon to a minor, resulting in death, according to Fox News.

The charges stem from the deaths of Joseph Rosenbaum and Anthony Huber, the protesters Rittenhouse fatally shot in self-defense the night of Aug. 25, 2020, in Kenosha.

Black was 18 when he purchased the weapon for Rittenhouse at a shop in Rusk County in May of that year. Since Rittenhouse was 17, he was too young to legally purchase the firearm.

Rittenhouse was on trial for murder of the men, but was found not guilty after he took the stand and asserted self-defense in November 2021, Law Officer reported.

Black was the first prosecution witness at Rittenhouse’s trial, Fox reported. However, the charges against him became murky after Judge Bruce Schroeder tossed one of the counts against Rittenhouse — that he unlawfully possessed a firearm as a minor — since the defense convinced the judge that an exception in the law allows 17-year-olds to possess rifles and shotguns.

Judge Schroeder accepted Black’s plea deal during a brief, six minute hearing on Monday, according to the Post. Assistant District Attorney Thomas Binger dropped the two felony counts as part of the deal.

“In these circumstances, to go forward with these felony charges against Mr. Black, given the court’s legal ruling as well as Mr. Black’s cooperation and the jury’s decision in the Rittenhouse case, does not seem appropriate,” Binger said Monday.

In an email to the Associated Press, Black’s attorney Tony Cotton said that “justice was done.”

“The District Attorney’s Office did the right thing by agreeing to dismiss the felony charges against our client especially considering that a jury found Rittenhouse not guilty,” Cotton concluded.