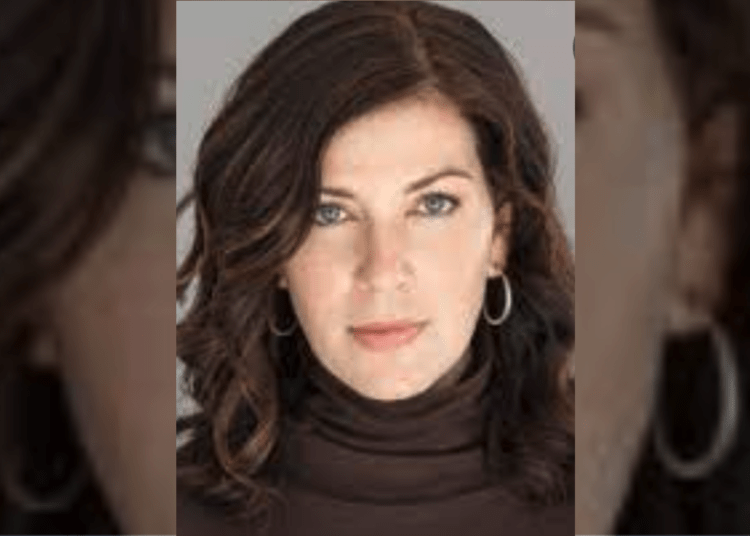 A UCLA professor who is also a National Geographic author flat out lied in her new book that Kyle Rittenhouse killed “two Black men” — a falsehood continually propped up by media elites and progressive politicians.

“Kathlyn (Kara) Cooney is a professor of Egyptian Art and Architecture and Chair of the Department of Near Eastern Languages and Cultures at UCLA,” according to nelc.ucla.edu. Her Amazon profile refers to her a “professor of Egyptology at UCLA.”

Despite her credentials, she is deceiving readers. In her book The Good Kings, Cooney wrote, “…consider Kyle Rittenhouse, who used his semiautomatic weapon to kill two Black men in Kenosha, Wisconsin while waging a glorious war on behalf of his inherited White power,” the Post Millennial reported.

Rittenhouse shot three white men on the night of August 25, 2020, in Kenosha, killing two. The deceased were identified as Joseph Rosenbaum and Anthony Huber. Gaige Grosskreutz survived and later testified during Rittenhouse’s trial.

In November, a jury concluded the teen shot the “white men” in self-defense and found Rittenhouse not guilty on all charges. Hours of video evidence was shown that backed his claim, as well as eye-witnesses who testified that the men shot had threatened and advanced on him. Grosskreutz even testified that he was armed with a handgun and pulled it during his confrontation with Rittenhouse.

Although all three men were white, they had “colorful” criminal records, Law Officer previously reported.

The gross misrepresentation from Cooney’s book was outed on Twitter by Kara McKinney, of OAN’s Tipping Point. She wrote that the text appeared in the last chapter of the book, and that Cooney is “not the brightest and it shows.”

In her tweet, McKinney also corrects another Cooney error regarding the historical story of Rosa Parks.

Another error: Rosa Parks did not sit in white section of bus. She refused to give up seat to a white passenger when the white section filled up. You’d think @NatGeo would have better editors? https://t.co/jiVtgrvnQQ pic.twitter.com/39sEKWZknm

Cooney’s book uses Rittenhouse to make her claims about white patriarchal hegemonic rule of the United States, according to the Post Millennial.

Cooney concluded the paragraph by saying, “Fear has gripped the patriarchy, and the threat of righteous violence- or the lethal use of it- is the patriarchy’s response.” 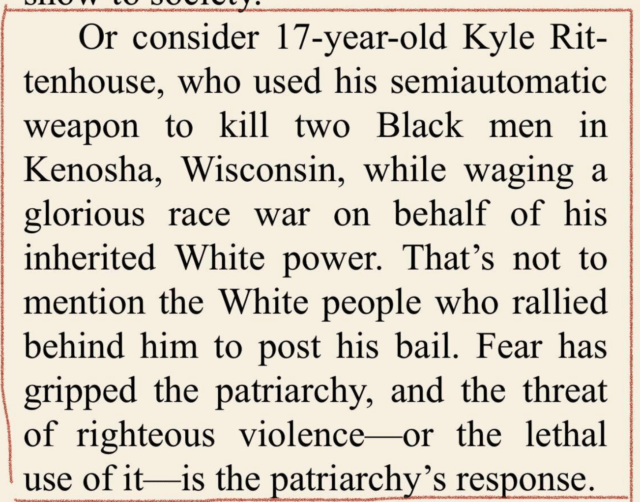 Oblivious to the facts of the case, Cooney added, “That’s not to mention the White people who rallied behind him to post his bail.”

In her book about Egyptian Pharaohs, Cooney claims that “Patriarchal anger exists in a purely binary space in which the male of the species has been the good king for so long that he sees no other way.”

Cooney’s book is about “absolute power in ancient Egypt and the modern world.” It was published by National Geographic in 2021.