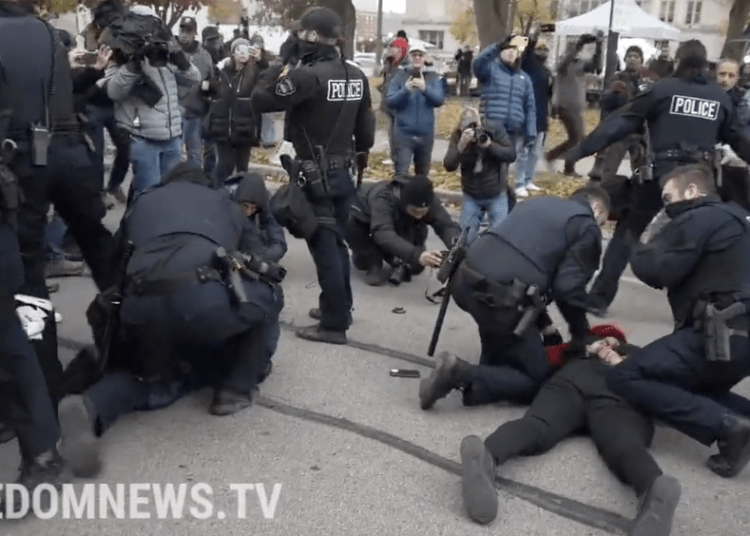 KENOSHA, Wis. — As the nation awaits the verdict of the Kyle Rittenhouse trial, protestors outside have clashed, resulting in arrests.

Video of the incident outside the court in Kenosha, captured by Twitter user Scootercaster, show protestors getting into a vile and degrading argument that devolves into violence on Wednesday, Post Millennial reported.

Following an altercation outside the courthouse in Kenosha, two BLM protesters were arrested.

Two individuals go back and forth slinging vulgarities at one another before the shouting turns into battery.

Police attempting to get a hold on the situation later arrest the man wearing a “f*** Kyle” shirt, as well as at least one other protestor.

“Earlier today, law enforcement took two people into custody regarding an incident that occurred on the courthouse steps,” Kenosha Police Department said in a press statement on Wednesday. “A 20-year-old male was arrested for battery, disorderly conduct and resisting arrest. A 34-year-old female was arrested for disorderly conduct. During the arrests law enforcement needed to deploy several officers to keep crowds of citizens and media from interfering.”