Department honors K9 who perished while searching for suspects 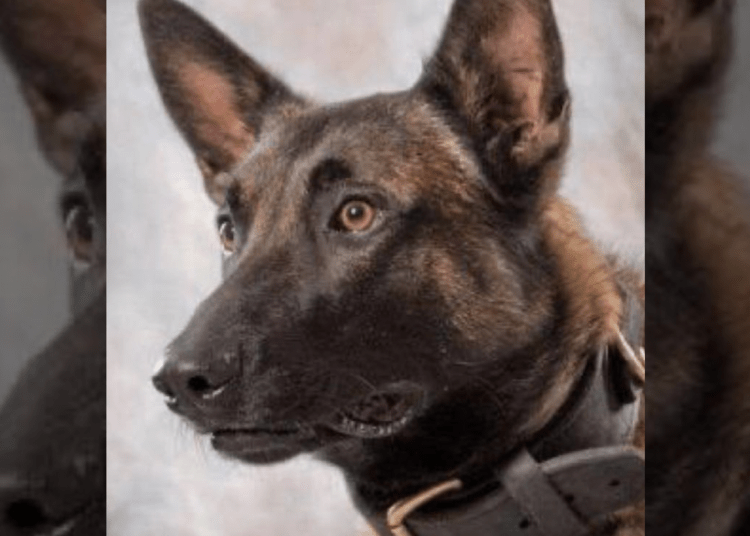 JOHNSTOWN, Pa. — The Johnstown Police Department in Pennsylvania sadly reported the death of K9 Titan. He died in the line of duty while searching for burglary suspects.

It is with great sorrow that we report the death of K9 Officer Titan. This morning, K9 Officer Titan died honorably in the line of duty while searching for individuals evading police during a burglary in progress at 249 Maple Ave. in the Woodvale section of the City of Johnstown. K9 Officer Titan was the partner of Officer Brian Stevens and served honorably with the Johnstown Police Department since 2014.

At 04:19 hours this morning, officers were dispatched to burglary in progress at 249 Maple St., the old Goodwill warehouse. When officers arrived, they conducted a search of the building and apprehended two suspects hiding throughout the building. Officers on scene quickly found that there were to be five suspects in total and called for Officer Stevens and K9 Titan to assist with the search. While conducting a search for the remaining suspects, K9 Titan fell through an unsecured, open elevator shaft from the fourth floor.

After conducting rescue efforts for K9 Titan, an extensive secondary search of the building was conducted by officers, and the remaining suspects were located and apprehended. The suspects are:

The investigation is ongoing, and charges are pending.

A message from the handler’s family: