byDefend The Heroes
in Op-ed 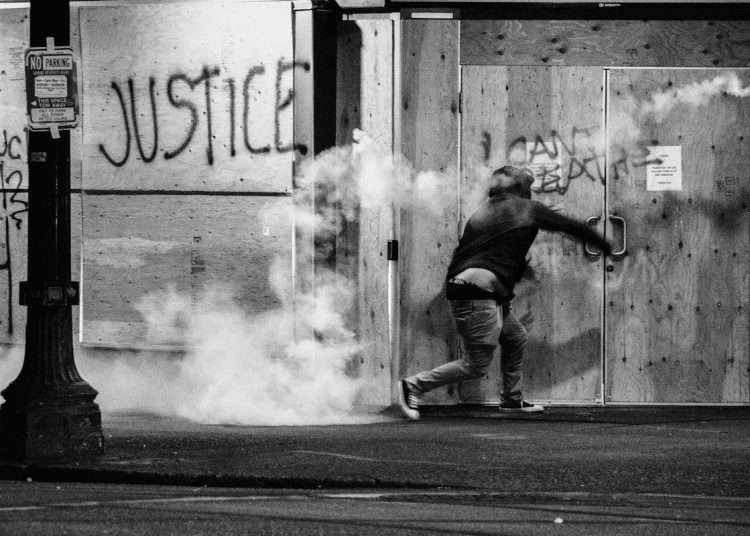 It’s becoming increasingly difficult to ignore how criminals, the media, and pandering politicians are taking advantage of woke-minded citizens across America. Indeed, those who think they are doing good have been duped into doing the worst to help reduce crime and improve public safety. And criminal-minded opportunists and power-hungry politicians show no signs of letting the truth about crime stop them from “empowering” the woke to scapegoate law enforcement on their behalf.

Undeniably, criminals and politicians are selfishly ignoring the realities of crime and criminal behavior for their own advantage. And they’re exploiting the kindness of “woke” folks to create an ignorant, dangerous, and even criminal form of incivility in America. And while the woke believe in speaking out against “systematic racism” and “over-policing,” they’ve obviously been duping into ignorance about some of the basic facts about crime in America. 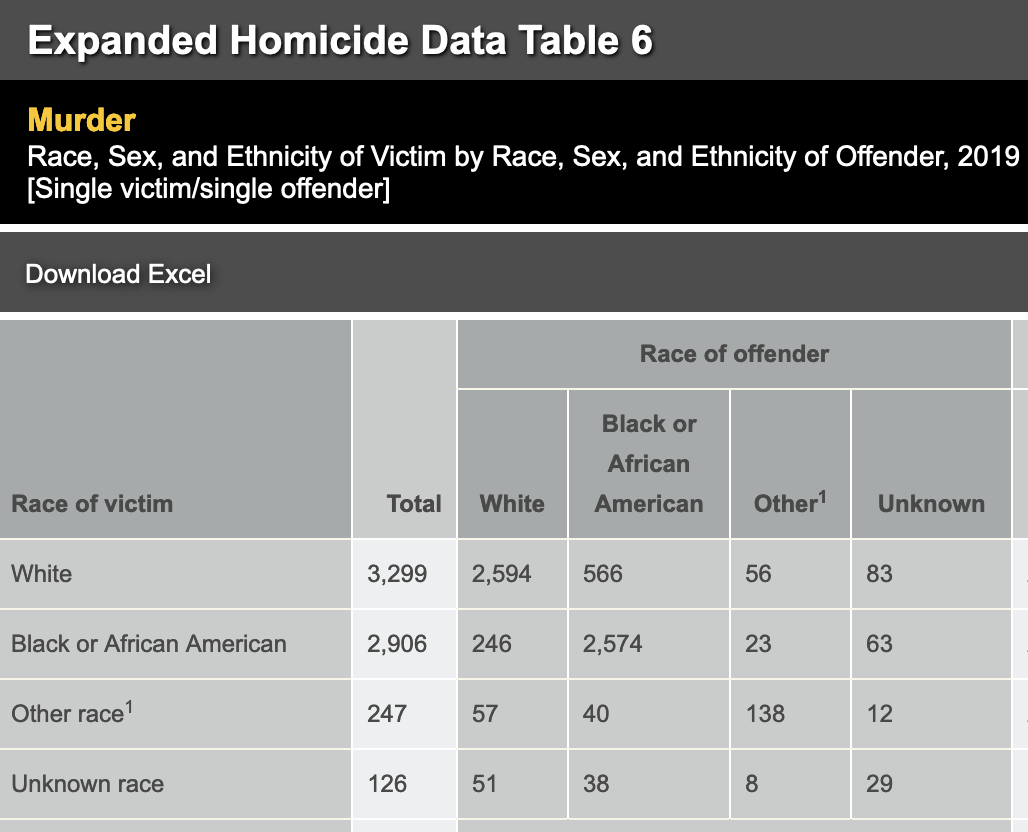 And as media outlets such as the Washington Post, CNN, and others are eager to point out:

And if we apply the absurd “disparity” that mainstream media outlets love to stress, it would seem that blacks, who represent just 13% of the population, disproportionately killed more whites—about 162% more to be more precise. So much for woke-minded “white privilege.”

But 2019, was not an anamolie. According to FBI Uniform Crime Reporting data from the four years before and four years after the riots in Ferguson—a time when rampant “police reform” was underway:

Each of these statistics should seem alarming. But notice how while “systematic racism,” “white privilege,” and “white fragility” seem to be the biggest problems in America, the reality of crime is much different. If crime statistics are any indication, America does not have a racial crime problem; it has an intra-racial crime problem. And that 9 out of 10 black murder victims were killed by other blacks—should be all the urgency we need to scrutinize how “systematic racism” may not be the problem we think it is, and that woke-minded people have been duped into scapegoating law enforcement under false pretense. Criminals are proverbially blaming the wrong “suspects”—while politicians seem to have magical policy solutions to problems that do not actually exist.

Fortunately, the duplicity is beginning to unravel. But unfortunately, while politicians in Minneapolis are backtracking their “defund the police” efforts, wanna-be-woke politicians elswhere are showing up late to the virtue-signal party, ignore the failure and lack of common sense, and trying their own hand at winning an absurd popularity contest.

Meanwhile, criminals can carry on unchecked knowing that they’ve duped the woke to do their bidding. They’ve tricked them into scapegoating cops and undermining public safety. And they’ve convinced “the community” into believing that criminal behavior isn’t really a problem—because the made-up “systematic racism” problem in every police department everywhere is a much bigger problem…

Far too few Americans understand what really happened during the George Floyd overdose incident in Minneapolis. Indeed, the woke—and practically everyone else—have been duped into believing that a textbook medical procedure was an act of “systematic” racism among a mixed-race group of Minneapolis police officer in broad daylight.

Even just a quick comparison of the training tactics from the Minneapolis Police Department training presentation—and the technique performed by Officer Chauvin and the other officers involved—should conjure plenty of doubt about a the allegations of manslaughter and “systematic police racism.” Hopefully, it also makes the duping and the political nonsense quite obvious as well.

Politicians and so-called “police reformers” siezed upon this incident—out of ignorance and a lack of understanding police and medical procedures—to dupe America. However, no matter how the response to George Floyd’s overdose was handled or mishandled, it can hardly explain why crime has skyrocketed in Minneapolis.

But now, as the reality of crime and the criminal-minded has become ignorable in Minneapolis, instead of “defunding” the police, the Minneapolis City Council is now throwing $6M in funding to help desperate efforts to recruit new police officers. Yet strangely enough, those who demanded accountability from the police have yet to accept accountability for endangering the public with their failed policies.

Yes, criminals and politicians in Minneapolis have duped the woke, put four officers on trial for expertly performing a medical procedure, and are now quietly trying to cover up how they endangered citizens—and now desperately need more police officers.

Wauwatosa: Policing the ‘community’ when the community is corrupt

“Building trust” in the community has become a battle cry of protesters and police reformers everywhere. However, this all depends upon one particular thing: the community itself can be trusted. More often than not, those calling for reform or demanding that police officers restore trust are hardly trustworthy themselves. And there is perhaps no better example of such hypocrisy than the demands of The Peoples Revolution in Wauwatosa, Wisconsin.

For months, and even before they likely knew that Officer Joseph Mensah was actually black, members of Tosa Together and The Peoples Revolution in the greater Milwaukee area were making all kinds of demands and allegations—and demanding that the “racist” members of the police department.

A closer look at The Peoples Revolution, a supposedly pro-black “movement” reveals thier criminal nature, for example:

Despite all of these criminal acts, many people are ignoring the obvious…

With all that in mind, an obvious question demands an answer: how can anyone take “movements” like The Peoples Revolution seriously? But perhaps the more significant question that we should all be asking is this: how have they duped good-hearted people into ignoring their own criminal behavior?

Unfortunately, we fear that the answer involves a new crime reality in America: criminals have duped the woke. And politicians and the mainstream media are co-consipirators in not only misidentifying the real problems with crime, but unjustly putting the blame on law enforcement.

Indeed, good-hearted, well-intentioned people have been duped. They have been victimized. And like victims of crime suffering from Stockholm Syndrome, the irrational woke need rationally understand the true circumstances of crime surrounding them.

Savvy criminals have duped the woke into believing that they’re empowering justice—meanwhile they’re emboldening criminals. The about-face in Minneapolis should evidence the duplicity quite clearly. And the unbelievable criminal behavior of members of The Peoples Revolution in the Milwaukee area should reveal the very criminal behavior all this duplicity is supposed to hide.

The skyrocketing rise in violent crime in many American cities, the about-face reversal of “defunding” in Minneapolis, and other political failures should evidence how the woke have been duped—and have become victims of a new kind of crime wave in America. Unmistakably, criminals have duped others into scapegoating cops, displacing the blame for real crime problems, and demanding “reforms” that actually compromise public safety—not improve it.

Nobody deserves to be a victim of crime—or duplicity—or even worse, ‘woke supremacy.’