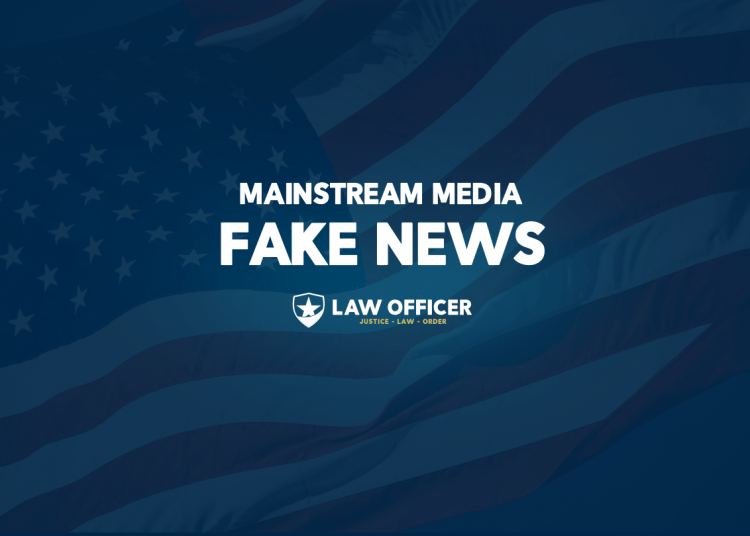 With all of the race-based nonsense in mainstream news and social media, a new study indicates just how confused and clueless some people are about the facts and stats of law enforcement. And they’re not just off by a little—they’re off by a lot, thanks to the exaggerated claims and false narratives the news and social media seem to love to tell, despite facts to the contrary.

A peer-reviewed study by the Skeptic Research Center indicates that despite clear data about officer-involved shootings, the majority of respondents over-estimated how many blacks were actually shot by law enforcement. In conducting the study, respondents were asked their political affiliation. Accordingly, a strange correlation was observed: the more liberal the respondents were, the more they tended to believe that police shot more and more blacks.

Ridiculous misperceptions; or overestimating by 11,500%

For example, among the more liberal-minded respondents, 57 percent of those who reported being “liberal” or “very liberal” estimated about 1,000 unarmed black men were killed by police in 2019—even crazier, 34% believed over 10,000 or more unarmed blacks were killed by the police.

Yet even more confusing, it seems liberals aren’t even paying attention to their own liberal news media outlets. According to the Washington Post Police Shooting database, the actual number of “blacks” shot by police in 2019 was 12. 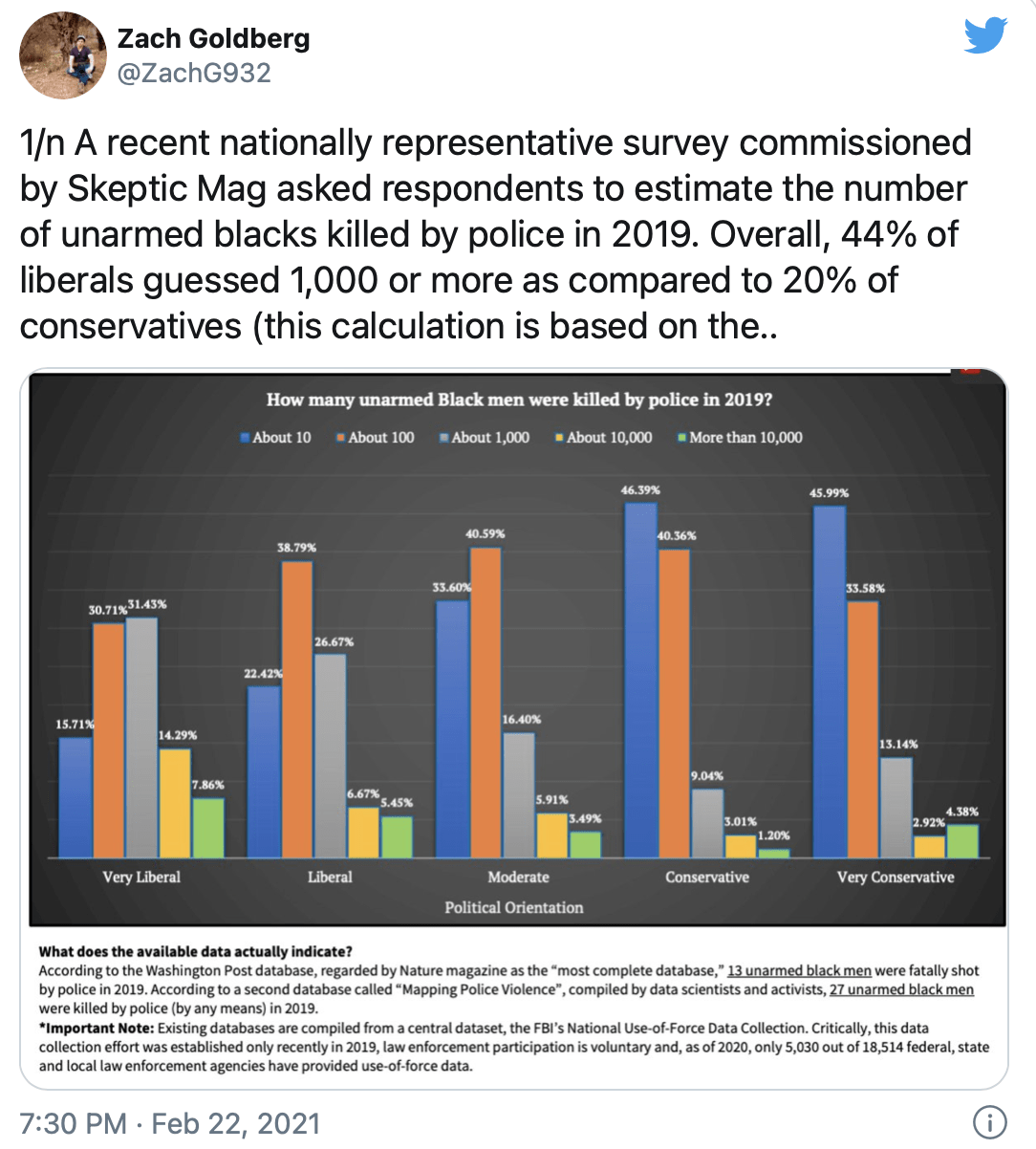 The study also revealed that almost half of conservatives believed “about 10 unarmed black men were killed in 2019″—although some 22% mistakenly believed the number was around 1,000.

In a world where information is so readily available, how can so many be so confused? And with a well-known liberal newspaper constantly touting its database, how are so many people so misinformed?

GET THE TRUTH TO YOUR COMMUNITY… JOIN THE LAW OFFICER NETWORK

The answer is simple. The mainstream media is manipulating the minds of entire political groups. And as this peer-reviewed study, the further left on the political spectrum the respondents were, the more they were likely to believe in a astonishingly inflated misperceptions regarding officer-involved shootings.

Coincidentally, the results of the Skeptic study have been corroborated, as a 2020 Prager University Video revealed that college kids believed “1,400 unarmed blacks” were killed by the police each year. The students were off by more than 11,500%.

News & social media nonsense are only partly to blame…

This kind of misinformation and race-based nonsense underlies the politics of the “defund” police movement. And even worse, these unrealistic over-estimations are being used to justified the attacks against law and order in the United States, both actually and more rhetorically—and completely misinformed just the same. More importantly, the study evidences why law enforcement professionals must vigilantly speak up about misperceptions and misinformation.

In the ground-breaking book, “The Courageous Police Leader,” the authors recommended that law enforcement agencies and their organizations “become their own news”—and to stop relying on the mainstream media to tell their story. The Skeptic study, and others like it, evidence precisely why law enforcement leaders can no longer allow the media to tell the story and explain the facts, because they are more likely to misinform the public, than actually inform them.