Wisconsin State Rep. David Bowen previously told the media that the officer lied about the attack 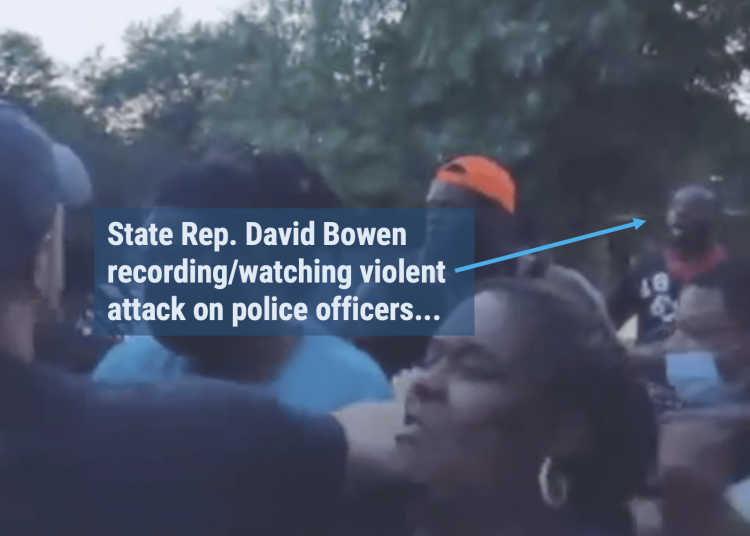 Wauwatosa, Wisconsin—Wisconsin State Representative David Bowen previously claimed that Officer Joseph Mensah was lying about being attacked by “peaceful protesters” outside his home. But newly released video obtained by Wisconsin Right Now shows that Rep. Bowen witnessed the violent attack on off-duty officers Joseph Mensah and his girlfriend at their (former) residence—and did nothing to stop it. In fact, the video shows Rep. Bowen apparently holding a cellphone as though he was recording a video or taking pictures of the violence.

The video also shows that Rep. Bowen apparently bought toilet paper less than an hour before the so-called peaceful protest. The timestamp on the video shows Rep. Bowen exiting a Target store with a large package of toilet paper around 7:20 PM on August 8, 2020.

Police were notified about the disturbance less than an hour later at 8:05 PM. The video shows Rep. David Bowen was there—amid all the toilet paper flying around—and that Rep. Bowen witnessed the violent attack on the off-duty officers.

Rep. Bowen Should Hold Himself to His Own Standards

Perhaps even more troubling is the fact that despite being a witness—and an elected Wisconsin State Representative—Rep. David Bowen refused to speak with police about the incident, which ended with a shotgun being fired inches from Officer Mensah’s head at the back door of the residence. And if Rep. Bowen’s manipulation of the truth is any indication, it seems doublespeak and hypocrisy must be doing quite well among the state legislature in Madison, Wisconsin.

All that said, perhaps it is best if Rep. Bowen heeds his own advice as he explained in his official press release. According to his own words about people who apparently lie and concoct stories, it seems that Rep. Bowen himself—by his own deeds and doings—”is not fit to represent any community as a state representative, and he needs to be removed from that position immediately.” 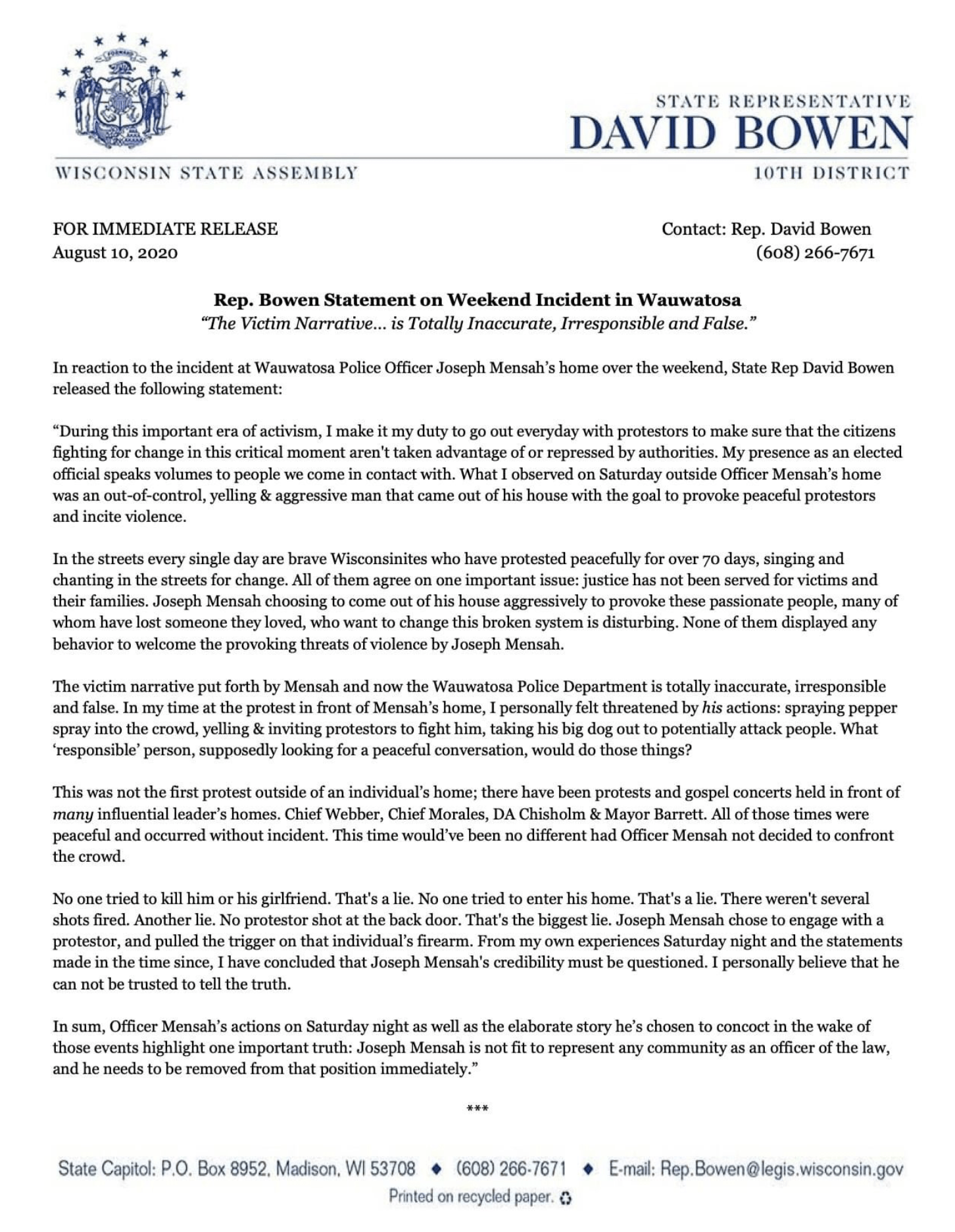