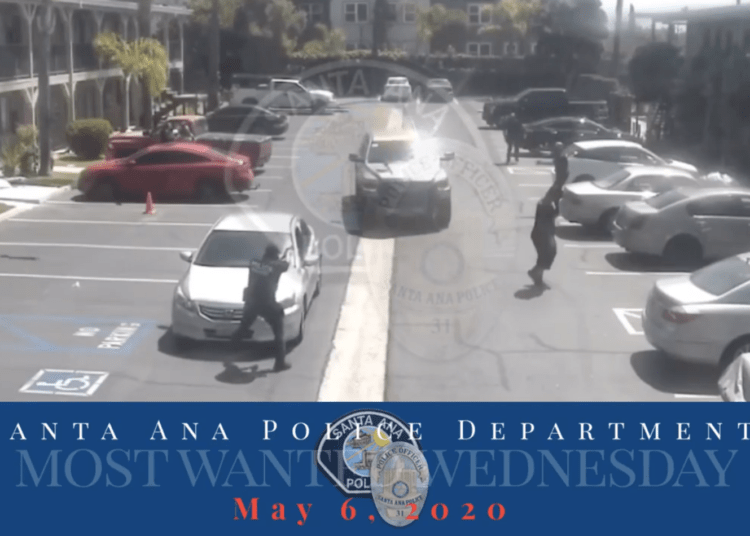 SANTA ANA, Calif. – Detectives of the Santa Ana Police Department  are requesting assistance locating a wanted suspect for assault with a deadly weapon upon a peace officer, felony hit and run, auto theft and narcotics violations.

The wanted man was identified as Maximiliano Osorio, 23, according to law enforcement authorities. He is described as a male Hispanic, 5’09” tall, 180 lbs., medium build, short brown hair and brown eyes.

On May 4 at approximately 11:00 a.m., gang detectives attempted to contact Osorio during an occupied stolen vehicle check in the parking lot of the Pueblo Motel. Osorio failed to comply with commands and accelerated toward detectives and additional citizens near the exit of the motel. Osorio intentionally rammed three police vehicles as he drove onto Harbor Blvd to escape. 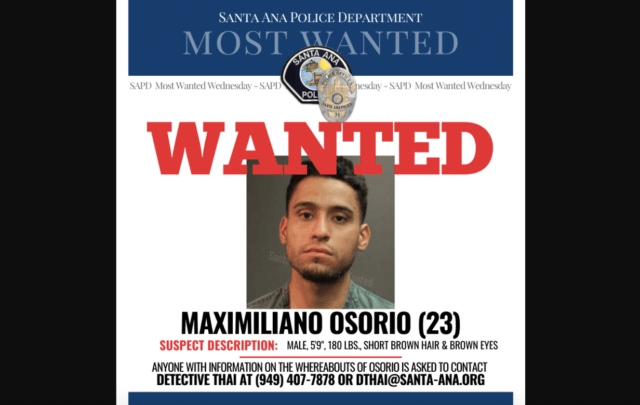 The stolen vehicle driven by Osorio was later recovered in the City of Garden Grove along with over 100 grams of methamphetamine. Osorio is currently on parole for the crime of assault with a deadly weapon.

Anyone with information on the whereabouts of wanted suspect Osorio is asked to contact Detective Thai at 949-407-7878, email at [email protected] or Orange County Crime Stoppers at 1-855-TIP-OCCS.