The lineup of speakers were from minority groups 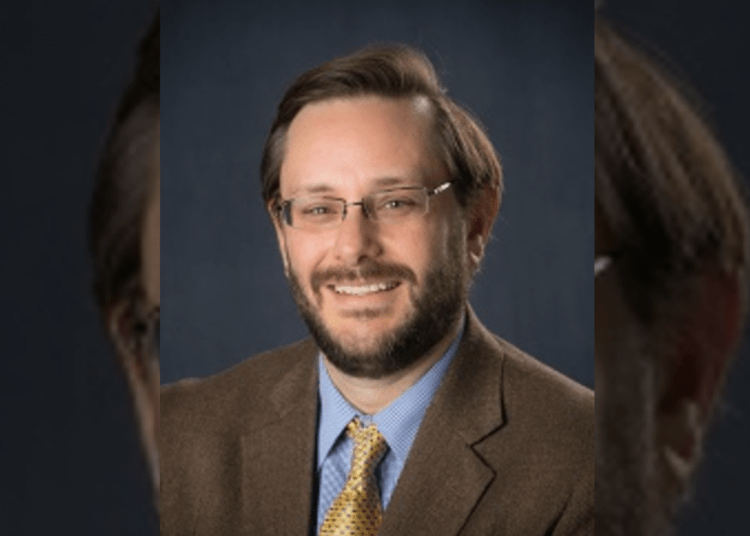 Zachary B. Smith is an associate professor of theology at Creighton University in Omaha, Nebraska. (creighton.edu)

OMAHA, Neb. — A professor from Creighton University in Omaha tweeted that “Back the Blue,” a pro-police gathering nearby, ought to be called a “white-supremacist rally.” Now the Jesuit university finds itself apologizing for his actions.

The July 7 tweet from Zachary B. Smith, an associate professor of theology at Creighton University, was a retweet of an article from the Omaha World-Herald titled: “‘Back the Blue’ rally in Omaha to show support for law enforcement.”

Smith offered to “fix” the headline to read: “White supremacist rally in Omaha to showcase Midwestern racism,” according to a screenshot of the tweet from Campus Reform. 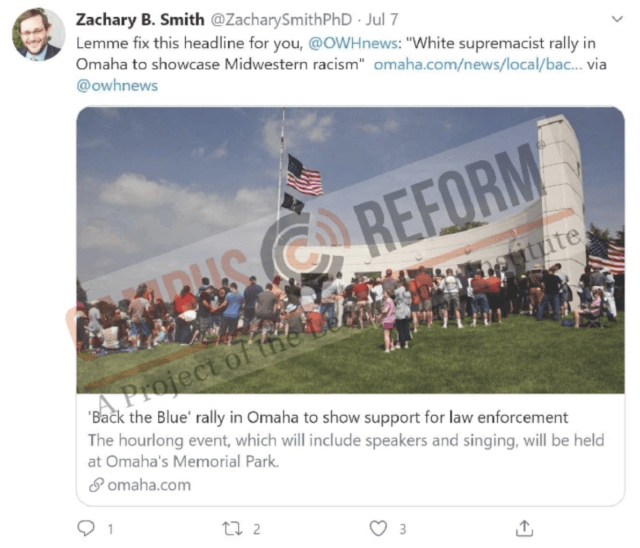 The Creighton University College Republicans and the Omaha police union were among the first to confront Smith, Fox News reported.

Moreover, the university issued a statement saying Smith’s view didn’t represent the school. The statement said, Smith “regrets his statement and sincerely apologizes for the offense it has caused.”

Views expressed by a Creighton University faculty member on his personal social media account concerning the Back the Blue event are not those of the University. Additionally, the faculty member regrets his statement and sincerely apologizes for the offense it has caused.

“I always have been aware that Creighton is more of a liberal school, but it was very disheartening to see someone who is protected by the Omaha Police Department and the law enforcement around Creighton to nullify them to such an extent where he felt the need to call them ‘white supremacists,’” Henningsen told Campus Reform.

Omaha POA posted a brief clip from Back the Blue Rally, which can be seen below: