Tulsa Police helicopter aided in identifying, arresting some of the suspects 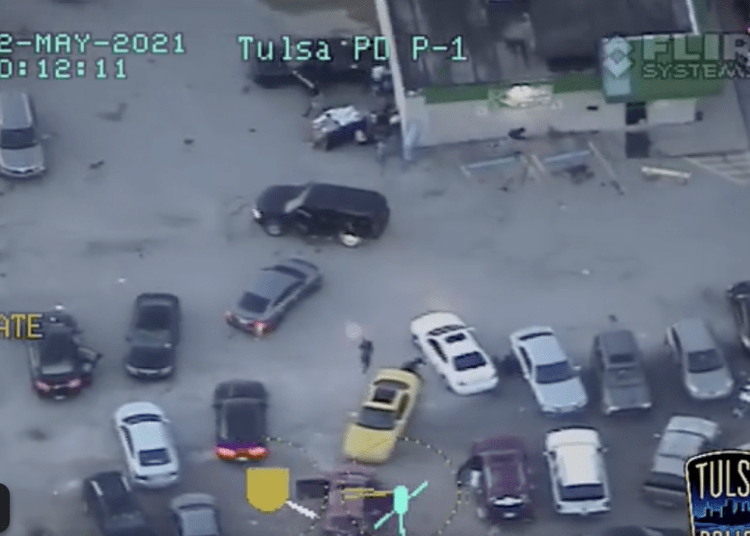 TULSA, Okla. — The Tulsa Police Department has released a dramatic video of an incident that occurred on May 2, 2021, when officers responded to a large gathering of people in the parking lot located at 2600 North Yale Avenue at 8 p.m. More than 100 shots were fired into the crowd and ate least one woman was struck in the hand.

The Tulsa Police helicopter was above the scene and recorded some of the shots being fired.

According to the Tulsa Police Department, “the helicopter observer tracked one of the shooters as he fired multiple rounds from an AR-15 pistol, got into the back seat of an SUV, and attempted to leave the area.”

Officers arrived to the area and arrested the shooter, Damani Dickson. Officers located a loaded AR-15 pistol in the stopped vehicle with two magazines containing a total of 70 rounds, attached to one another.

The shooter admitted that he fired into the crowd with no particular target. Fortunately, days after the incident, the department has not been made aware of any other victims that were shot.

As the officers were trying to investigate at the scene, according to officials “a crowd formed and started yelling at the officers” with some in the crowd throwing rocks at officers. Daione Williams threw a rock that hit an officer in the head. He was arrested after the police helicopter pointed out his location to additional responding officers.

The Tulsa Police Department is asking the public for information on other shooters including “one person in particular that can be seen in the video shooting next to Dickson.”

TPD asks that if anyone has information that can help them with this case, to call Tulsa Crime Stoppers at 918-596-COPS. 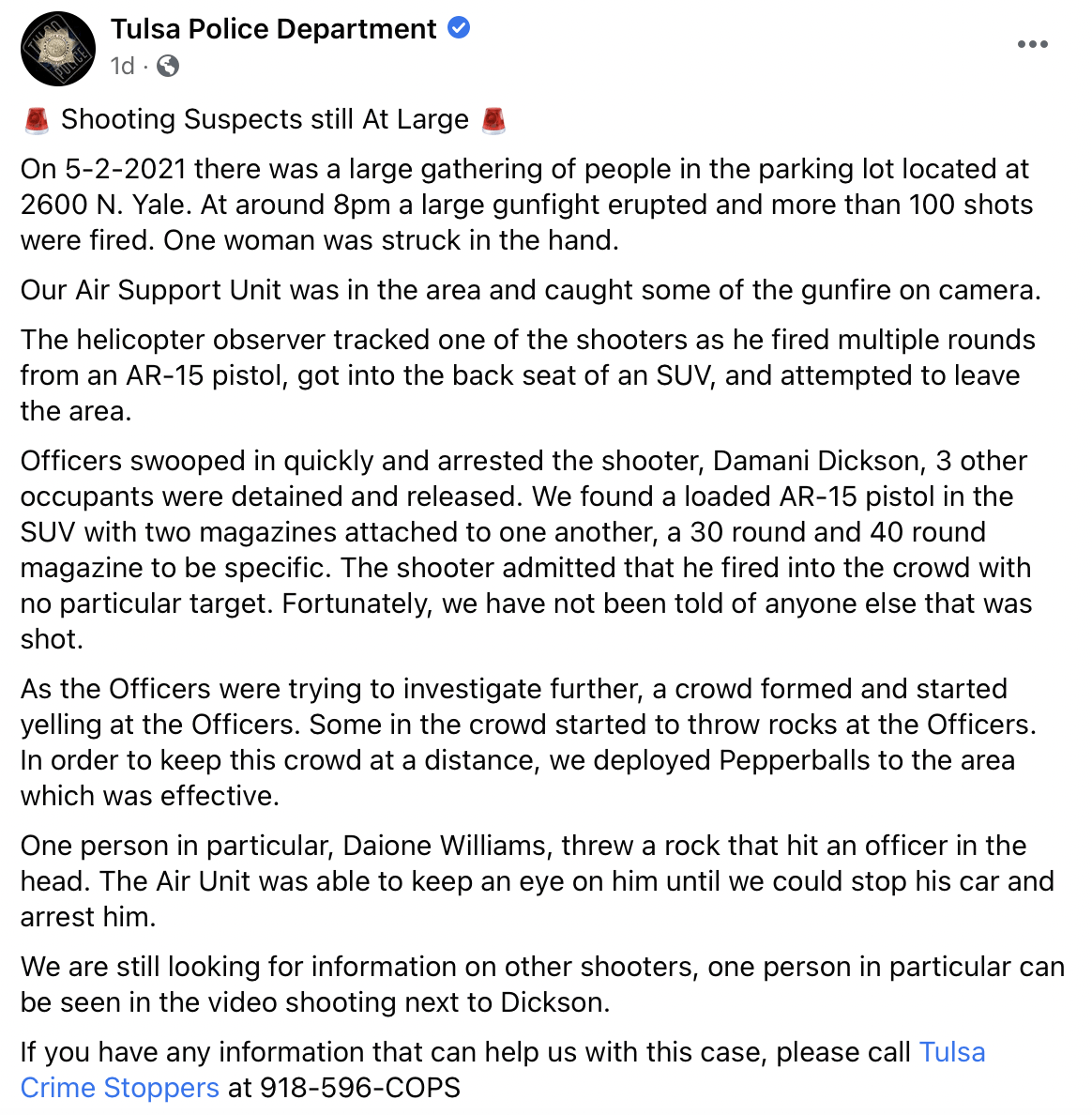