It's time to fight back against corrupt journalism 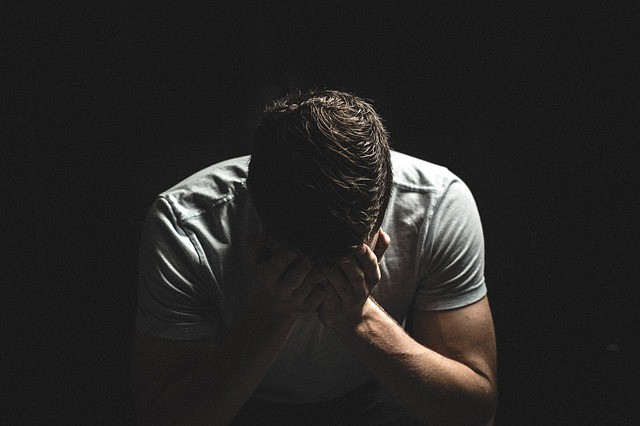 The anti-police rhetoric has hit historic highs. You see and hear it everywhere from regular news programing, to talk shows, to sports broadcasts. And while anti-police media fatigue has certainly become a thing, a very annoying thing at that, it has hardly swayed the resolve of America’s law enforcement professionals.

There has not been a profession so maligned since the military was battered during the Vietnam War; as if our soldiers, sailors, Marines and airman chose the battle. Just like today’s police officers, they were trained, willing, and able to defend a righteous cause. Nevertheless, it’s the armchair quarterbacks, politically corrupt and morally bankrupt people who turned the table on military veterans—just like the same thoughtless power hungry vultures are doing to the institution of law enforcement in 2021.

Police haters have always been with us. But they’ve traditionally been the lawless one-percenters of society. Oh how that number has grown to include a majority of the political left. Their words, deeds and actions reinforce the disdain they have for America’s cops.

Historically, lies and propaganda have been challenged by honest journalists. But that is no longer the case with a majority of those in the mainstream media. Look no further than NBC’s unethical coverage of the recent officer-involved shooting in Columbus, Ohio. They edited out a portion out of the 911 call saying someone was “trying to stab us.” And they also reported on the shooting with an edited video that apparently tried to leave out the knife in the attacker’s hand just before shots were fired. The officer saved others from great bodily injury or death, according to two neighbors, yet snakes like LeBron James have condemned the heroic actions as racist since a black teenage suspect was killed.

I remember listening to an interview of Patrisse Cullors — co-founder of the BLM hashtag movement — in 2014 and thinking, “She should not be legitimized. Her words are destructive and if they catch on, her underlying aspirations (power) will hurt society.”

There was nothing prophetic about my thoughts. Almost any person with common sense who had their head in the (political) game knew “Black Lives Matter” would divide America. Oh sure, it’s a noble statement, yet try saying that something else matters and you’re branded a bigot, white supremacist, etc.

So after BLM got the ball rolling following the Trayvon Martin/George Zimmerman fiasco (Zimmerman was found not guilty of murdering Martin, and not a police officer by the way) the lies and propaganda were unleashed on society; from Michael Brown to Freddie Gray to George Floyd to Duante Wright. Truth be damned, the message has been clear: “Cops are racists, there is systemic racism in police work, and the institution of law enforcement needs to be reimagined,” which is code for “defunded and defanged.”

Consequently, lawlessness now runs amok in our urban cities with homicide rates and felony assaults at all time highs. The BLM movement has done NOTHING to make life better or safer for blacks in our country. Actually, their rabid behavior has had the opposite effect.

‘We need black men in the Black House’

While recently listening to one of my favorite radio talk shows, a self-identified elderly black woman from inner-city Houston called. She spoke with wisdom as she described the harmful impact of the angry BLM movement on inner-city blacks. She decried the loss of police protection as officers have become fearful of going after black criminals preying on their neighborhoods. She said, “Everyone knows George Floyd but no one from BLM knows the names of our elderly black people who’ve been murdered in this city.”

Finally, she mentioned a sociological reality noted by many experts as a causal factor of crime. While using Obama’s presidency as a backdrop, she said, “We don’t need no black man in the White House, we need black men in the Black House.”

Indeed, this beloved woman is correct. Sadly, her insight conflicts with the BLM movement, which is anti-family, anti-church, anti-Christianity, anti-government, anti-norms that have kept our culture intact. That is why they had to scrub “What We Believe” from their website last year. It exposed their true intentions.

Law Officer has published hundreds of articles combatting the intentional deception. But our adversaries have done of masterful job of brainwashing politicians, politically aligned citizens, and naïve followers seeking “justice.” Yet their methods are literally destroying our country since dominance — not equality or justice — is their goal.

So where does that leave us? I know that cops and pro-police citizens are discouraged. We certainly have media fatigue as we ask, “Where is the honest reporting?” or “Why do they short-change officers while exalting criminals?”

Law Officer has taken a beating from some of the anti-police trolls as we’ve mentioned that America doesn’t have a systemic race problem any longer — this isn’t 1964 — but we have a systemic non-compliance problem. (We’ve adopted this saying which was first put forth by black journalist Jason Whitlock.)

Is there hope? Will the radical ideology of BLM and Antifa be exposed to the point that politicians, Big Tech, the media, and corporate America will divorce them and return the United States to some semblance of normalcy?

I wish I had a crystal ball, but I can’t answer that question. Yet I know the reputation of the military recovered following Vietnam. Moreover, it was never higher than after 9/11.

Therefore, I believe it’s possible since poll after poll shows a majority of American’s still have a favorable view of police officers—regardless of the verbal assaults on the institution of law enforcement. Hence, they will listen to us when we speak.

So brothers and sisters in blue (brown, green, tan, etc.) keep up the good fight and keep taking the hill, America needs you!