What happens when truth becomes the lie, and the lie becomes truth? 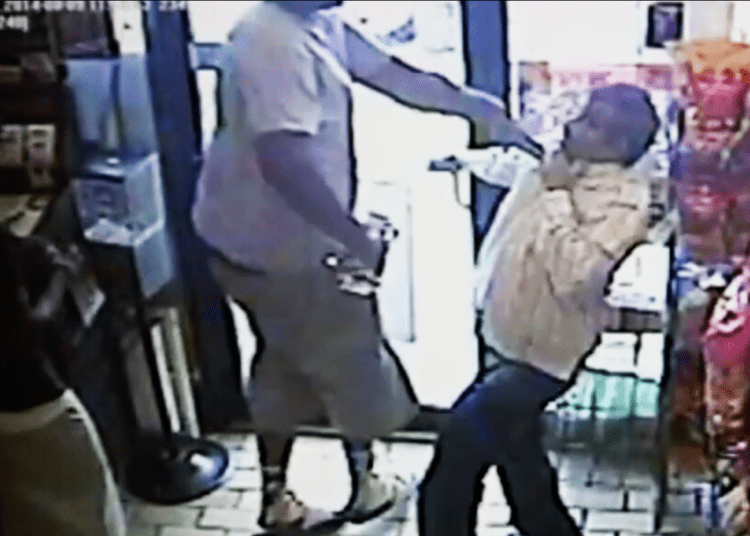 Michael Brown involved in a strong-armed robbery prior to his fatal encounter with Officer Darren Wilson.

Filmmaker Eli Steele said Amazon has blocked a new film about the death of Michael Brown from appearing on its platform and he feels it’s simply because his story “is not the politically correct narrative.”

Brown’s 2014 death sparked massive demonstrations in Ferguson, Mo., and around the country, helping solidify the Black Lives Matter movement in the process.

Amazon told Steele, who directed “What Killed Michael Brown?”, via email that the film did not meet the tech giant’s “content quality expectations” and would not be eligible to appear on the service.

“We will not be accepting resubmission of this title and this decision may not be appealed,” Amazon’s email added.

Amazon did not immediately respond to a request for comment, FOX reported.

Steele first assumed the email was a result of technical problems with the lengthy process of getting a film to appear on Amazon’s video platform.

“Never once did it occur to me that the film would be rejected for content,” Steele told FOX News. “It was shocking to me… if you watch the film, you hear voices from all over.”

He said Amazon allows other Brown-related films that are the “appropriate narrative,” compared to the one his father penned.

“Our side is not the politically correct narrative,” he said. “We speak the truth… we make no assumptions, no conspiracy, we don’t do any of that. It’s an intellectual film, it’s not a conspiracy film or anything that would warrant being blocked.”

A columnist for the Wall Street Journal essentially predicted Amazon’s response with an article titled, “Will Amazon Suppress the True Michael Brown Story?”

Jason Riley wrote that the “fashionable explanation for what happened to Brown” was “so-called systemic racism.” However, Steele’s film didn’t fit the typical agenda of mainstream media when laying out the facts and telling the story.

The younger Steele articulated his thoughts with an open letter published online.

“So, there you have it. Cancelled. Plain and simple. To confuse things further, there are other Ferguson related documentaries on the Amazon platform. ‘What Killed Michael Brown?’ would have offered a different perspective. As we made this film, including people from all different walks of life and perspectives, never once did we think that our film would be rejected. It is quite a startling thing to realize that you are on the wrong side of the line that determines what is acceptable in our culture or not,” Eli Steele wrote on the film’s website.

“If they did cancel us because of our differing views, then that is truly sad, especially when black voices speaking truth to power have been repeatedly silenced in America when they do not fit the acceptable narrative,” he added. “What I’m most proud of in this film is the wide diversity of black voices that is raw and unfiltered. Amazon has silenced those voices.”

This isn’t the first fact-based work on Michael Brown and race relations snubbed by Amazon. Dr. Ron Martinelli authored a book, The Truth Behind Black Lives Matter Movement. It was pulled from Amazon after publication, Law Officer reported.

A federal investigation and a grand jury cleared Wilson of all charges months after Brown’s death in 2014. The narrative “Hands up, don’t shoot,” was FALSE.

Nevertheless, that didn’t stop a St. Louis County prosecutor from reexamining the case in 2020 following extreme political pressure in a year of race related chaos. Prosecuting attorney Wesley Bell said he would not be charging former officer Darren Wilson in the case.

Bell apologetically told reporters in July that his decision was “one of the most difficult things I’ve had to do.”

Meanwhile, one sentence from the new film about Brown’s demise is probably all Amazon needed to hear in order to snub the documentary.

“When truth becomes the lie, and the lie becomes truth,” said Shelby Steele during narration of the film. We seem to living in a day when truth is censored (or canceled) if it doesn’t meet politically correct requirements.

“What Killed Michael Brown?” is available on Vimeo and the film’s website.