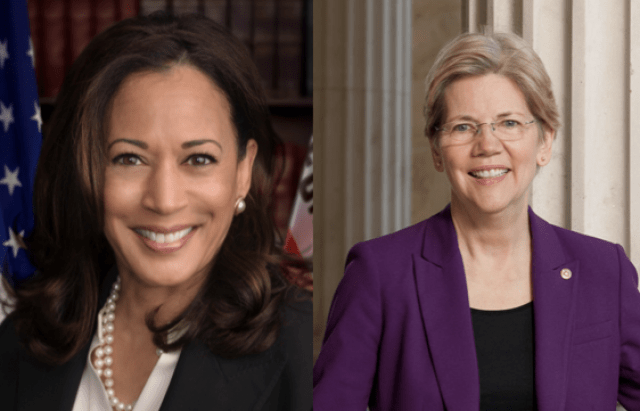 Democratic presidential candidates Sens. Kamala Harris of California and Elizabeth Warren of Massachusetts have egregiously lied about the Michael Brown shooting. As a result, they are taking heat from fact checkers and people who vividly remember the details.

Michael Brown was NOT an innocent black teenager gunned down in the streets of Ferguson, Missouri by a rogue cop, Darren Wilson. Brown was not “murdered” as both senators incorrectly stated. Moreover, the “hands up, don’t shoot” narrative has also been debunked as a lie.

So why does the pandering continue at the five-year anniversary of an event that seemed to inflame the country? Is it for political clout? Does their base demand spreading misinformation about law enforcement?

Harris and Warren’s lies were made last week. In essence, they were calling the DOJ under the Obama administration incompetent liars. That is outright laughable as it relates to the Brown/Wilson investigation. If the Obama-DOJ could have made the case, they would have.

In a tweet on Friday, Harris wrote: “Michael Brown’s murder forever changed Ferguson and America. His tragic death sparked a desperately needed conversation and a nationwide movement. We must fight for stronger accountability and racial equity in our justice system.”

Michael Brown’s murder forever changed Ferguson and America. His tragic death sparked a desperately needed conversation and a nationwide movement. We must fight for stronger accountability and racial equity in our justice system.

Warren tweeted that “5 years ago Michael Brown was murdered by a white police officer in Ferguson, Missouri. Michael was unarmed yet he was shot 6 times. I stand with activists and organizers who continue the fight for justice for Michael. We must confront systemic racism and police violence head on.”

5 years ago Michael Brown was murdered by a white police officer in Ferguson, Missouri. Michael was unarmed yet he was shot 6 times. I stand with activists and organizers who continue the fight for justice for Michael. We must confront systemic racism and police violence head on.

Words matter! “Justified homicide” is a far cry from “murder.” “Systemic racism“ is a fable.

Sadly, people being hurt the most are inner city victims of violent crime (i.e. Chicago, Baltimore, St. Louis) who need more police presence, not less. The thugs in these neighborhoods have been emboldened to taunt police (i.e. New York) and flip the bird to anyone in a position of authority that dare challenge their gangland kingdoms.

Let’s refresh everyone’s memory: Three months after the shooting, a grand jury cleared Officer Wilson of criminal culpability. Furthermore, in March of 2015, a report released by President Barack Obama’s Department of Justice found that Wilson had reason to believe his life was in peril and was thus, within his legal right to defend himself by shooting Brown.

And Factcheck.org pointed out that other Democratic presidential contenders also tweeted on the anniversary of Brown’s death, but didn’t use the word “murdered.” Instead, they noted Brown was “killed” by a police officer.

These blustering politicians continue to ignore the well-being of Wilson, a man whose life was derailed by a false narrative and distorted facts in order to fit a specific agenda that brands white police officers as “killers” of unarmed black men. These lies are destructive to the good order of America, regardless of the color of your skin.

The August 9, 2014 shooting of the physically dominating and assertive Brown saturated national headlines five years ago, igniting protests and riots in Ferguson.

Protesters incorrectly charged that Brown had his hands raised up in the air before he was shot multiple times by Wilson, as Ferguson became the national symbol of racial bias by law enforcement. But while the phrase “Hands up, don’t shoot” originated after the shooting, the Justice Department investigation at the time found no evidence that Brown’s hands were up.

It was all a lie perpetuated by willing accomplices in order to fit their political agenda. Sadly, the inflammatory rhetoric was so vociferous there was very little push back by anyone outside the law enforcement community.

“It was an in-policy justified shooting,” Mark Fuhrman said. “To say that it is a murder, at this late date, the officer could certainly bring a civil action against them, because they know it not to be true. The FBI findings were published.”

Finally, I have no illusions that radical leftists will ever yield to truth as it relates to police work, but we are not going to allow their lies to go unchecked.