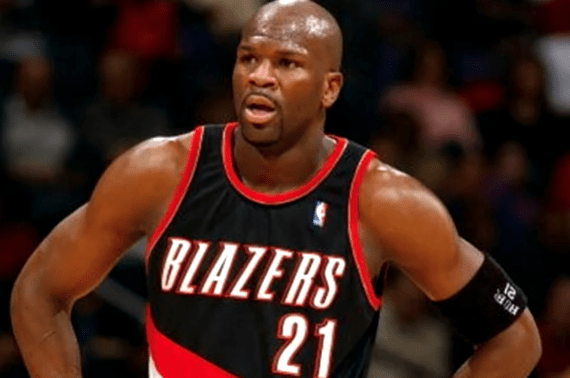 Ruben Patterson is one of 18 former NBA players under federal indictment. (YouTube)

Arrests occurred in Washington state, California, New York, Alabama, Illinois, Florida, Nevada, Georgia and Tennessee. Each defendant was charged with conspiracy to commit health care fraud and wire fraud, which carries the potential penalty of up to 20 years in prison.

“The defendants’ playbook involved fraud and deception,” U.S. Attorney Audrey Strauss said at a news conference after FBI agents arrested 15 former players and one of their wives.

According to the indictment returned in Manhattan federal court, the former players teamed up to defraud the supplemental coverage plan by submitting fraudulent claims to get reimbursed for medical and dental procedures that never occurred.

The scheme was reportedly carried out from at least 2017 to 2020, when the plan — funded primarily by NBA teams — received false claims totaling about $3.9 million. Of the bogus claims, defendants received about $2.5 million in fraudulent proceeds, according to the indictment, ESPN reported.

Each former NBA player participating in the scheme filed false claims for reimbursements that ranged from $65,000 to $420,000, Strauss said.

The federal prosecutor said the conspiracy was led by Terrence Williams, who began his career as a first-round pick in 2009 of the New Jersey Nets (now playing as the Brooklyn Nets).

ESPN also identified a partial list of players who allegedly participated in the fraudulent activity. They include:

The indictment said Williams recruited other former NBA players to defraud the plan and offered to provide fraudulent invoices from a chiropractor and dentist in Southern California and a wellness office in Washington state.

“The benefit plans provided by the NBA and the National Basketball Players Association to our players are critically important to support their health and well-being throughout their playing careers and over the course of their lives, which makes these allegations particularly disheartening,” the NBA said in a statement. “We will cooperate fully with the U.S. Attorney’s Office in this matter.”