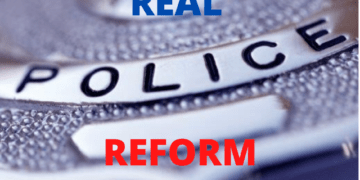 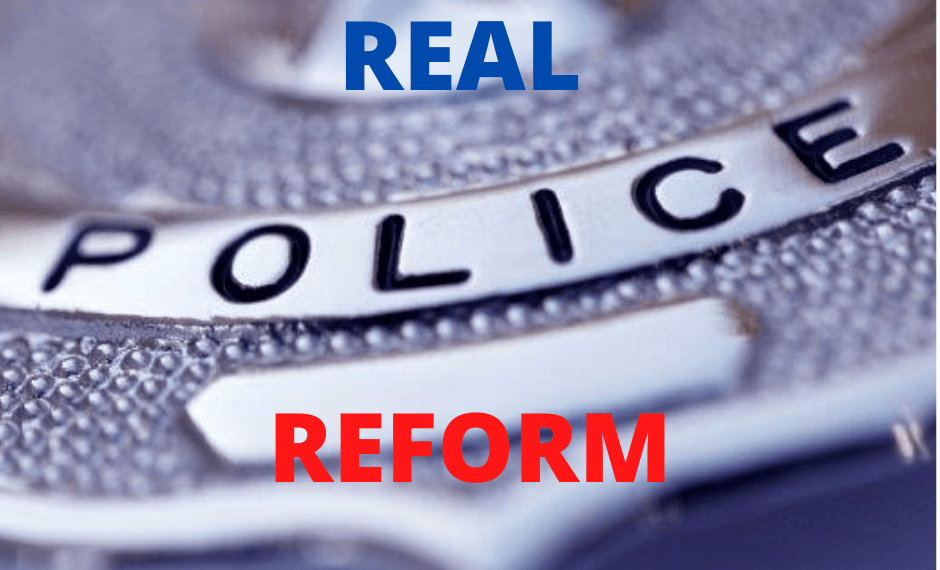 The recent calls for police reform have anyone that can think for themselves a little dumbfounded.

First, what evidence is there that police reform is needed and secondly, what would the actual calls for reform actually do to the communities that are demanding them?

POLICE REFORM FROM A COP

Law Officer has been on the front lines of this issue for close to two decades and constant reform, in any profession, is always a good thing.

But when that reform is baseless, dangerous and designed to not make communities safer, we wonder what is exactly going on here?

First, let’s not act like we have not been here before.

In the years that followed the Ferguson Incident, reform after reform came our way.

And just like today, that was based on a single police incident.

That incident, in a small Missouri city, was found to be justified by President Obama’s Department of Justice.

But, why let that get in the way of what happened next?

The biggest change was body cameras and one would think, that you couldn’t do much more than place a recording device and document every police contact but that was never enough.

Training in de-escalation ramped up but that was nothing new. Law enforcement has been doing that for decades.

Use of force policies were tightened even more broader than the United States Supreme Court standards and a host of other “reforms” were given to law enforcement.

So what was the outcome of those reforms?

Well, other than violent crime increasing 25% in the 75 largest counties in America and a phenomenon known as the “Ferguson Effect,” not much.

Police use of force remained exactly the same. The Washington Post, in their attempt to malign the profession, began collecting the data and it rarely changes from year to year.

Body cameras, once thought to be the key to prevent police misconduct, showed that police behavior remained relatively the same, thanks to a study out of the Washington D.C. Metropolitan Police Department.

WHAT IF WE WEREN’T WRONG

And with that, there are just two conclusions.

Either much more reform is needed or the police were never the problem.

Well of course the police are the problem!

After all, it couldn’t be violent criminals attacking cops?

So here we are again and the reforms that law enforcement are looking at can only be described as Ferguson “On Steroids.” From the stupid to the ridiculous, they range from reducing assaulting cops to a fine to getting rid of qualified immunity and to literally abolishing law enforcement.

THE MYTH OF SYSTEMATIC RACISM

We will save those ridiculous reform suggestions that are coming to a city near you for another article, but all of this talk about police reform got us thinking.

What would REAL police reform look like and what would an attempt to actually improve law enforcement actually do for the communities that they serve?

To begin, we need a goal. While no one is sure what the goal of the crazy reformers are today, other than to make American Cities look like Seattle CHAZ, our goal for police reform is simple.

Make the communities safer and the profession better…..crazy right?

Law Enforcement has a training problem and most on the job would admit that. Something that “de-funding” certainly won’t help. Most cops are lucky to get 2-3 days a year of training and that should be radically improved. We would settle for ten days worth and while it should be more, if those ten days are spent wisely, it could reform the profession in ways it has not seen in decades.

Training in pre-attack indicators, wellness, firearms, verbal techniques and driving would not only reduce line of duty deaths but help law enforcement deal with the community in a much more professional way.

Agency Policy has absolutely gotten out of control. What used to mirror the United States Supreme Court in Use of Force, now looks like a bad 1980’s Britannica Encyclopedia. This literally makes no sense and only causes confusion. Policy should not be rocket science. There is a right way and a wrong way and it doesn’t take a 34 page policy to tell cops that.

Rarely does a day go by without a cop being accused of being a racist. It’s the “cool” thing to do but it makes no sense. First, just because a citizen or a reporter “thinks” you are a racist, doesn’t make you a racist. To determine this, we need to collect data and a lot of it. Race and Ethnicity of who is being stopped and arrested is where it stops right now but that is silly. It’s like tasting Coke Zero and claiming it’s better than Real Coke but you have never tried Real Coke. Agencies should collect all the data including who are committing crimes and who are the victims. Then, a true comparison can be made if the stops or arrests in a community are matching up.

Good luck pulling this one off. The mere mention of this common sense approach can get you cancelled.

Yes, we know that most of the profession has them but what are they are being used for? Mainly to help defense lawyers and social justice warriors use them out of context to call the police racist. Body cameras are the single greatest tool to an officer and they should be used correctly. They should not only be used to help an officer improve their tactics and safety but also to show the public the “real” work being done. Since Live PD, Cops and even Paw Patrol are cancelled, we are left with body camera technology to tell our story but few are doing it. That must change.

We love the idea of a Policing Plan. It is essentially a “business” plan for each agency that tells the community why and how we do what we do. They are virtually unheard of in North America and that is a shame. The community deserves full transparency and by having one, an agency doesn’t have to explain why they did what they did in the middle of controversy.

REFORM #6 – PREVENTING USE OF FORCE

In a society that has become more violent and more non-compliant, this may seem like an impossible task but there are some steps that can be done to help. First, non-compliance almost always precedes police use of force, so laws must be implemented to discourage this as much as possible. Obstruction may bring a fine today but what if obstruction was serious enough to make others think long and hard before disobeying a lawful police order? We know, that’s crazy talk today but like we said in the beginning, these are reforms that will actually work.

We love community policing but most can’t even define it much less do it so we will make it simple. There may be no better program out there than the Police Athletic League. It’s been around for over 100 years but there are only a few hundred agencies that use it. Agencies should adopt this model immediately, put the proper resources towards it and go. No reason to “re-invent” the wheel. Several departments are doing this at a high level so pay them a visit and get after it.

This is our favorite and happens to be one that no one is doing. Think about how any agency recognizes a problem? It’s usually when something bad happens. But why do we wait for that? Every business but ours, takes customer surveys to evaluate their employees and law enforcement can do the same. From each officer to a squad to an entire department, how cool would it be to know exactly how you are doing in this area BEFORE something bad happens? We know, it sounds crazy, but not anymore crazy than abolishing the police.

In Closing, there are more we could discuss and we admittedly left out a lot of detail but we want to know what you think. You are the experts but it’s not you bringing the reforms!

For some details on these suggestions and more, our editorial team recommends “The Courageous Leadership Seminar,” by Major Travis Yates. See if it is coming near you and find a way to get there.

No one wants law enforcement to be better than those in law enforcement but our silence is literally getting our profession cancelled. It’s time to act and no, this won’t make the activists in your city happy but if that is your goal, you might as well drive over to the fire station, take a nap, cook a meal and slow roll to that call…..so you can ensure that you will never encounter a suspect and then get accused of whatever for simply doing your job.