The suspect was also wounded and is in custody 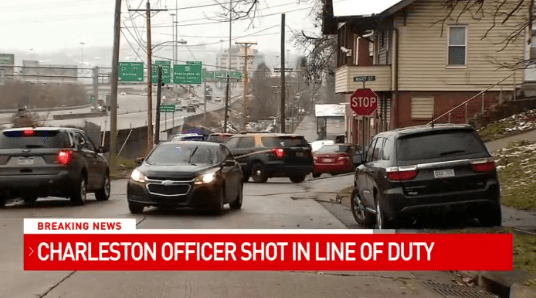 CHARLESTON, W.Va. — A West Virginia police officer was shot in the face Tuesday, and a suspect is in custody, according to local media reports.

The Charleston police officer was shot sometime in the afternoon, WCHS-TV reported. Investigators said the suspect also was hit.

The wounded officer was responding to a parking complaint prior to the shooting WSAZ-TV reported. She was undergoing surgery, according to a statement issued by Police Chief Tyke Hunt and Charleston Mayor Amy Shuler Goodwin.

The city released a brief statement.

“This afternoon, a Charleston police officer was shot while in the line of duty,” the city’s statement said. “The officer has been transported to the hospital and is in surgery at this time. We ask all Charleston residents to keep our officer and the entire Charleston Police Department in their thoughts and prayers. We will provide more information as it is available.”

Sgt. Brian Humphreys, spokesperson for the Kanawha County Sheriff’s Office, said the suspect was presumably shot by the officer. Details about what led to the shooting were not immediately available.

Humphreys said the suspect was taken into custody elsewhere by Charleston police.

In a tweet, Kanawha County said it was praying for the police department.

Statement from the Kanawha County Commission:

Our thoughts and prayers are with the Charleston Police Department, @charlestoncity, and the entire public safety community.

“Statement from the Kanawha County Commission: Our thoughts and prayers are with the Charleston Police Department, @charlestoncity, and the entire public safety community,” the post read.

This is a developing story.