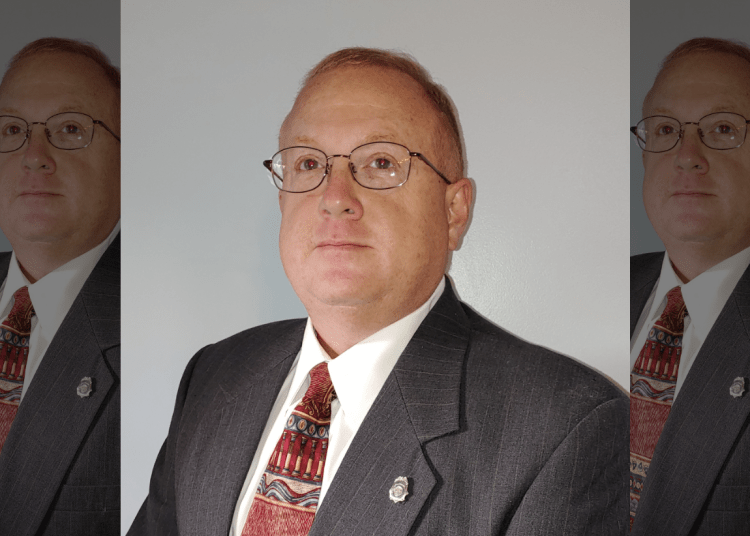 COLUMBIA, S.C. — A former police lieutenant has been exonerated after being falsely accused. The South Carolina Law Enforcement Training Council ruled the Charleston Police Department failed to establish that Arthur “Rusty” Myers, a 23-year law enforcement veteran, had made a “willfully false, misleading, incomplete or deceitful” statement in the arrest of Rashad Robinson, according to The Post and Courier.

The sequence of events leading up to Myers’ unjust discipline began July 1, 2019, when Officer Kevin Schlieben and another officer stopped to question Robinson on suspicion of pulling on car door handles,

As a result of police contact, Robinson fled and there was a foot pursuit, followed by a struggle. During the physical confrontation, Schlieben and the other officer were injured, Law Officer reported at the time.

Robinson, who has a rap sheet that includes 31 arrests, was charged with evading arrest.

The footage was reviewed the following morning and officers were interviewed, per department protocol. They were also placed on administrative leave.

In November 2019, Schlieben was charged with third-degree assault and battery. He was also terminated by Reynolds. The second officer saw what transpired and chose to leave law enforcement.

In March 2020, a judge dismissed the assault charge against a Schlieben.

Andy Savage, the attorney representing Schlieben, said the judge noted the deposition did not match what was stated in the warrant. As a result of the incongruencies, the judge dismissed the charges after the jury was seated.

Also part of the process was a report from Myers, which said the “slap” was in response to the presence of phlegm in Robinson’s mouth and the guttural sound of spit gathering, presumably to be directed at the officer.

Another report indicates “an open hand open finger cuffing” to his head. This should be viewed as an attention getting preemptive move, not a battery.

Reynolds previously terminated Schlieben, yet ultimately offered him a civilian job. However, the former officer chose to go to work for the fire department rather than return to law enforcement.

Meanwhile, Myers has been contesting his unjust termination, and now he’s prevailed following the ruling of the South Carolina Law Enforcement Training Council. He was represented in the case by attorney Jack Frost.

“With this finding of ‘no misconduct’ by the council, Mr. Myers looks forward to continuing to serve the citizens of South Carolina with the same integrity, honor and compassion he has repeatedly demonstrated over the course of that distinguished career,” Frost said Friday, The Post and Courier reported.

Frost said additional legal proceedings will be held to determine whether Myers deserves compensation as a result of the council’s decision.

Since the first time I was confronted with the allegations of misconduct I have maintained my innocence. I am thankful that the Law Enforcement Training council saw through the obfuscations, exaggerations, specious arguments, and outright untruths presented by others and restored my certification. While I lost a job, I have kept my career and my integrity, and I look forward to completing my Law Enforcement career with the same honor and beliefs that I have always adhered to. As I told Chief Luther Reynolds the day he terminated me, “I did not do this.”

I owe everything to my family for their support during the last two years of fighting to prove my innocence against the City of Charleston machine, and critically my Lord for coming through in the end when I had given up hope. I am especially thankful for those friends, police and otherwise, who have stayed by my side and been there to talk to when things got dark. They are more valuable than gold. And more rare than you can ever imagine. Thank you!

True leaders do not throw people away like garbage. Politicians do. Unfortunately in Law Enforcement today it has become politically expedient to fire good officers who are involved in an incident even when justified rather than explain their actions and defend them. This cowardly trend in police “leadership” is only one more nail in the coffin of American Law Enforcement.

I have always believed that the police in America are the most trained, professional, impartial, and honest law enforcement officers in the history of the world. We are not perfect. There is always room for improvement. But throwing good people away because you are more concerned about “optics” than reality is and always will be a failure.

After suffering through two years of tumult, Myers told Law Officer that he’s been hired by the Summerville Police Department. He begins work later this month.

“I already volunteered to join the Peer Support Team at Summerville PD,” Myers said during a conversation with Law Officer. “I told the Chief, ‘I have been through hell, and if I can help another officer go through it, I will.'”

Family members also experience grief when an officer is unjustly accused of misconduct. Myers shared the joy of notifying his parents that he’s been exonerated and his record expunged.

“When I called them to tell them we had won, my mom and dad both broke down crying,” he said. “That was probably the hardest moment of the whole thing. They were tears of joy.”

Robinson has subsequently filed a lawsuit against the City of Charleston. One of his claims is that no officers filed a report documenting the use of force. However, we know that at least one person did, Lt. Arthur “Rusty” Myers.