'Not your everyday arrest,' police say 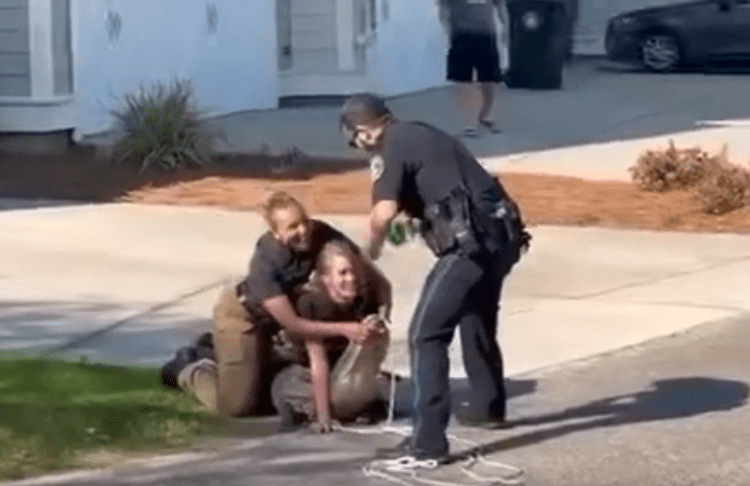 CHARLESTON, S.C. – Authorities in South Carolina captured a 6-foot alligator that was found roaming near a school last week. The City of Charleston Police Department posted a video of the moment public safety officials wrangled the gator on May 10.

In the video footage, two officers with the Animal Control Unit and a uniformed patrol officer teamed up to secure the alligator.

The Animal Control officers used what’s known as a top-jaw rope, before they both jumped on the back of the gator so that a third officer could tape its mouth shut, Fox News Digital reported.

“Not your everyday arrest,” the Facebook post said. “Check out this video of our Animal Control Unit removing an alligator outside of Daniel Island School. Our team showed no fear and got the job done! You never know what you’ll encounter as an Officer!”

Animal Control Supervisor Courtney Bayles was one of the officers who jumped on the gator’s back. She said in a statement provided to Fox that the alligator was deemed “an immediate public safety concern” due to its close proximity to the Daniel Island School as well as nearby residences where there are children and pets.

“We chose to release the alligator a short distance away (still on Daniel Island) in the same direction he was already headed but in a less populated area where the alligator wouldn’t so readily find itself confused and trying to navigate between houses to find a pond,” Bayles said.

Bayles said it’s currently alligator mating season. As a result, they receive a high number of calls about alligators in places such as porches, swimming pools or beneath automobiles.

“As always, our ultimate goal is to safely allow these amazing creatures a safe environment and to educate the public on how to co-exist with these incredible apex predators,” Bayles said.