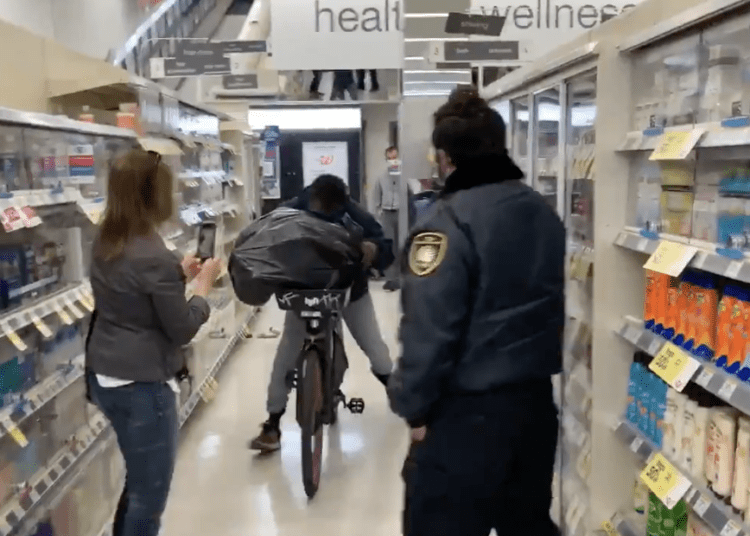 SAN FRANCISCO — San Francisco is governed by politicians who have defunded police and deflated their desire to pursue criminals due to policies and procedures that make the business of maintaining law and order extremely difficult. As a result, Walgreens continues to close stores in the Bay area.

The city ignores quality of life crimes and they elected a prosecutor who cares more about defendant rights that victims’ trauma.

“It’s official. The streets of San Francisco are now a public toilet as quality of life offenses will be ignored—as if they weren’t already! This is not compassion for the homeless. It’s condemning people to the consequences of squalor,” Law Officer reported two years ago.

Sadly, it’s only gotten worse. So much so that ignoring quality of life crimes has now evolved into disregarding retail theft as we see daily examples of reprobates helping themselves to all manner of property from the shelves and racks of major department stores as well as small business retailers.

Walgreens announced Tuesday that it will be closing another five San Francisco locations due to the out-of-control retail theft plaguing the city.

“Due to ongoing organized retail crime, we have made the difficult decision to close five stores across San Francisco,” a Walgreens spokesperson told FOX Business in a statement. “Each store will transfer prescriptions to a nearby Walgreens location within a mile radius and we expect to place the stores’ team members in other nearby locations.”

“Organized retail crime continues to be a challenge facing retailers across San Francisco, and we are not immune to that,” the spokesperson continued. “Retail theft across our San Francisco stores has continued to increase in the past few months to five times our chain average. During this time to help combat this issue, we increased our investments in security measures in stores across the city to 46 times our chain average in an effort to provide a safe environment.”

In May, the San Francisco Chronicle reported that Walgreens had closed 17 San Francisco stores in the last five years due to the “cost of business and shoplifting,” according to Daily Wire.

With the addition of five more San Francisco Walgreens shutting their doors, the running tally now stands at 22 store closures.

San Francisco District Attorney Chesa Boudin has a reputation of being friendly to criminals and his comments following a viral Walgreens shoplifter over the summer only furthers that impression. He offered excuses for the thief who was videotaped by a security guard on June 14 as the shoplifter casually stole items from a Walgreens in Hayes Valley, filled up a garbage bag, and strolled out the front door on a bicycle.

This just happened at the @Walgreens on Gough & Fell Streets in San Francisco. #NoConsequences @chesaboudin pic.twitter.com/uSbnTQQk4J

“When I watch that video, I think about five questions that people are not asking that I think they should,” Boudin said. “Is he drug addicted, mentally ill, desperate? Is he part of a major retail fencing operation? What’s driving this behavior and is it in any way representative, because it was presented as something symptomatic?”

Boudin continued, “If Walgreens has insurance for certain goods or they expect a certain amount of loss, if they would rather not risk lawsuits or escalation to violence—then maybe that’s something we should know about.”

Boudin seemingly blamed Walgreens, saying, “When this particular individual was arrested, and we got the full police history, it turned out that he had been detained by the police previously after another Walgreens incident, and they didn’t arrest him because Walgreens had said they did not want to press charges in that prior case. The police had known who he was for months.”

So the major retailer will remove another five stores from San Francisco. Hence, the progressive prosecutor will not be burdened with their crime reports going forward.

Walgreens Company operates as the second-largest pharmacy chain in the United States behind CVS Health. If they cannot remain in business due to progressive policies, small retail businesses in San Francisco appear doomed if dramatic changes are not made.