A Video Of The Shoplifter Filling His Garbage Bag Went Viral 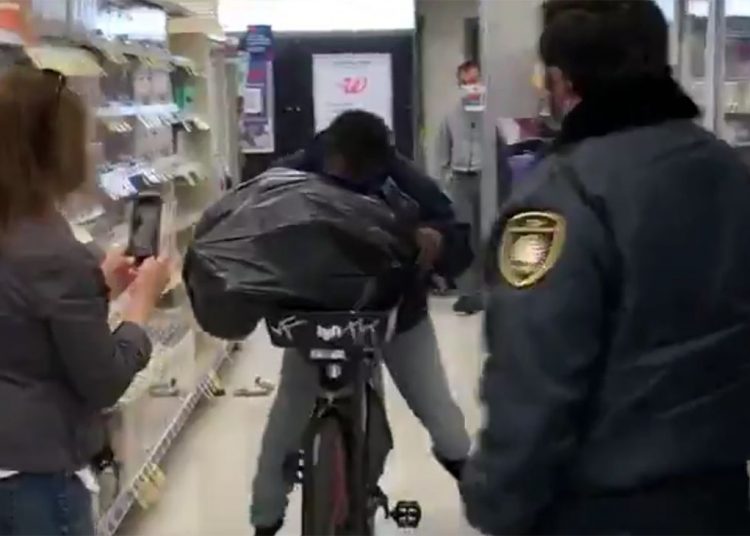 San Francisco, California – San Francisco District Attorney Chesa Boudin has a reputation of being friendly to criminals and his comments following a viral shoplifter only furthers that impression. He offered excuses for the infamous Walgreens shoplifter who was videotaped by a security guard on June 14th as the shoplifter casually stole items from a Walgreens in Hayes Valley, filled up a garbage bag, and strolled out the front door.

This just happened at the @Walgreens on Gough & Fell Streets in San Francisco. #NoConsequences @chesaboudin pic.twitter.com/uSbnTQQk4J

Boudin told The New Yorker, “When I watch that video, I think about five questions that people are not asking that I think they should. Is he drug addicted, mentally ill, desperate? Is he part of a major retail fencing operation? What’s driving this behavior and is it in any way representative, because it was presented as something symptomatic?”

Boudin continued, “If Walgreens has insurance for certain goods or they expect a certain amount of loss, if they would rather not risk lawsuits or escalation to violence—then maybe that’s something we should know about.”

The Daily Wire reported that he seemingly blamed Walgreens, saying, “When this particular individual was arrested, and we got the full police history, it turned out that he had been detained by the police previously after another Walgreens incident, and they didn’t arrest him because Walgreens had said they did not want to press charges in that prior case. The police had known who he was for months.”