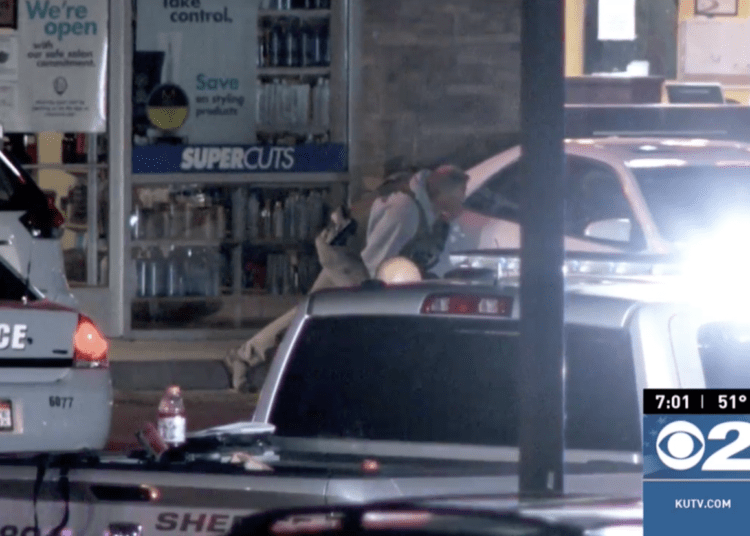 TOOELE, Utah — A man who took a woman and a child hostage at gunpoint on Saturday night outside a restaurant in Tooele was shot and killed by officers who negotiated for six hours to release the hostages, according to Tooele Police.

Lt. Jeremy Hansen, with Tooele Police Department, said the female hostage was injured during the incident but her injuries are not life-threatening. The child was not physically harmed, KUTV reported.

Hansen said the standoff began at approximately 9 p.m. on Saturday when a third party called officers about the violation of a protective order.

When officers arrived at the parking lot of the Cafe Rio restaurant, they made contact with the suspect, the woman, and the child. The suspect immediately grabbed the victims and held them at gunpoint taking them into a vehicle, according to Hansen.

As a result, two hostage negotiators were called to the scene as well as the department SWAT team. This led to the standoff and six-hour negotiation effort with the suspect.

The boy, whose age is not known, was released about two hours later. However, the hostage-taker kept the woman in the car, according to Hansen.

At some point, the suspect got out of the vehicle, while holding the female hostage close to him.

“He started going for his gun. Three of our officers shot the suspect, ” said Hansen.

Hansen could not give information about the relationships between the suspect and victims and did not have more information on the protective order, KUTV reported.

Officers surrounded him “and there was a very long, very tense hostage situation. We called in professional negotiators, worked tirelessly to try to get him to release the woman,” Chief Ron Kirby said, according to Deseret News.

The boy was released by about 1 a.m., Hansen said. But at 3 a.m. after several hours, Kirby said the man “chose to go for his gun, and officers were right there confronting him.”

“Officers definitely had to respond to protect her and themselves both,” Kirby said.

The Utah Department of Public Safety is investigating the incident. Per protocol, the three officers who fired at the suspect are now on administrative leave during the investigation.