The corrections officer was taken to hospital; one of the prisoners was shot and killed 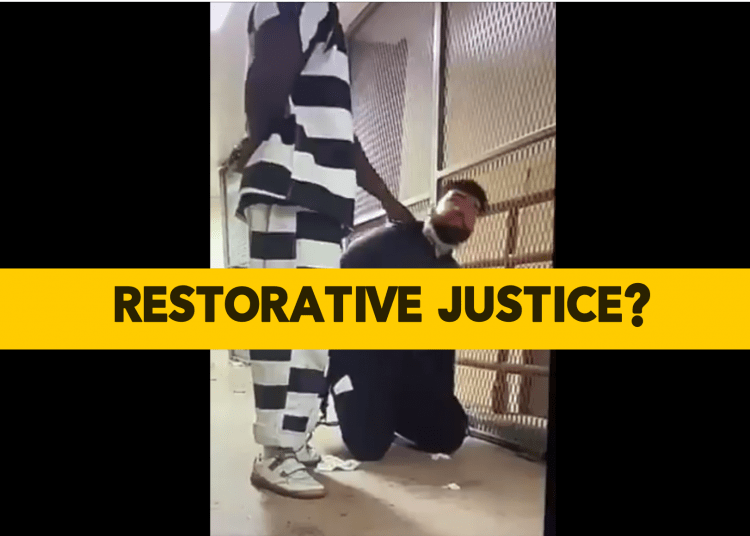 Oklahoma City, Okla. — An Oklahoma City corrections officer was taken hostage by inmates at the Oklahoma County Detention Center—while streaming a series of videos on Facebook Live, according to Fox News and other sources.

The corrections officer was providing medication to the inmates when he was attacked, tied up, and tormented. One of the videos shows that at one point during the incident, an inmate held some kind of object against the officer’s neck.

Officials explained that one of the inmates holding the officer hostage had been shot and killed by Oklahoma City Police officers, as Fox News reported.

Lt. Wayland Cubit of the Oklahoma City Police Department reported that the officer taken hostage was transported to the hospital for treatment. His injuries were not reported.

Aside from the many questions about this incident, the fact that inmates were able to take a correction officer hostage, tie him up, take his keys, and assault him, is only made worse by the fact that the inmates brazenly streamed the incident on Facebook LIve.

And it’s nearly impossible to overlook how “defend the police” ideology, and the absurd attempts at ‘restorative justice’ are partly to blame.

These ideas may sound virtuous on paper or on social media. But the videos of this incident show a wildly different reality and deeply concerning consequences.

And if there is anything that the videos of this incident reveal, it is an absolutely undeniable truth: increasingly violent behavior cannot be ignored.