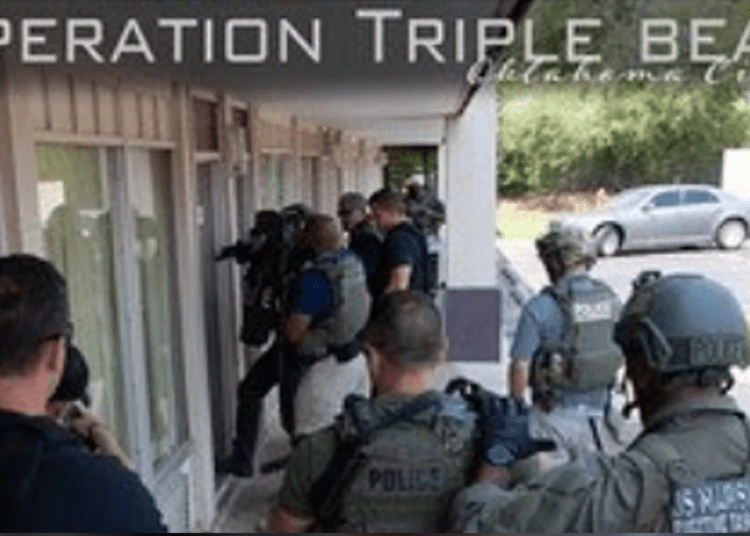 “Operation Triple Beam” played out over the course of two months. In addition to the homicide arrests and missing children located, others were taken into custody for a variety of charges, which included assault, burglary, weapons offenses and drug offenses, KFOR reported. Furthermore, 72 firearms, more than 9 kilos of narcotics and nearly $17,000 were also collected as evidence of criminal activity.

“Operation Triple Beam OKC was a targeted enforcement initiative by the Marshals and their partners to address violent crime in and around Oklahoma City,” said U.S. Marshal for the Western District of Oklahoma Johnny Kuhlman. “Our primary goal with operations like OTB is to make communities safer. When we arrest these violent fugitives, we are also removing guns and narcotics from our streets. We believe these efforts have an immediate, positive impact on the communities we serve.”

One noteworthy arrest was Pablo Robledo, a known Surenos gang member who was taken into custody on July 31 after fleeing from the Oklahoma County Detention Center while awaiting murder charges.

Rollin’ 60s Crip gang member Dkwon Littlejohn was arrested on July 27 on charges he burglarized a car belonging to an Oklahoma State Bureau of Investigation special agent and stealing the agent’s duty rifle.

And Chasady and Charles Hall — both Dungee Crip members — are charged with kidnapping their children, who were in state Department of Human Services custody. The pair was arrested on Aug. 12 in Midwest City, according to KFOR.