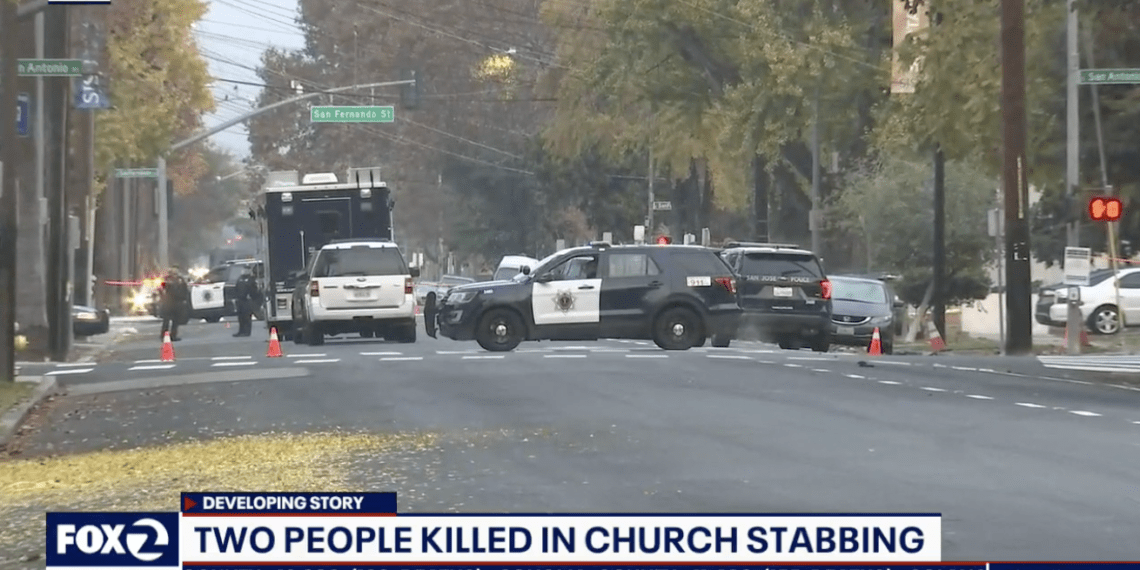 SAN JOSE, Calif. — Two people were killed and multiple others injured in a stabbing spree at a California church being used as a homeless shelter, according to police.

“We can confirm we have multiple stabbing victims; some with life-threatening injuries,” San Jose police tweeted early Monday of the attack at Grace Baptist Church late Sunday.

We can confirm we have multiple stabbing victims; some with life threatening injuries. More updates when available.

San Jose Police Department did not reveal how many people were hurt, but later confirmed that “two victims have succumbed to their injuries” and died.

Two victims have succumbed to their injuries and have been pronounced deceased.

Sources told KTVU that a 22-year-old man was arrested fleeing the scene, but police stressed that there was “no confirmation of an arrest.” No motive was given for the attack.

Those injured had been both inside and outside the church, which acts as an overnight shelter for the homeless, the station said.

Law Officer is the only major law enforcement publication and website owned and operated by law enforcement. This unique facet makes Law Officer much more than just a publishing company but is a true advocate for the profession.
Share—and speak up for law & order...
Tags: Grace Baptist ChurchSan Jose Police Departmentstabbing spree