The 3-year-old girl was tortured during the ritual 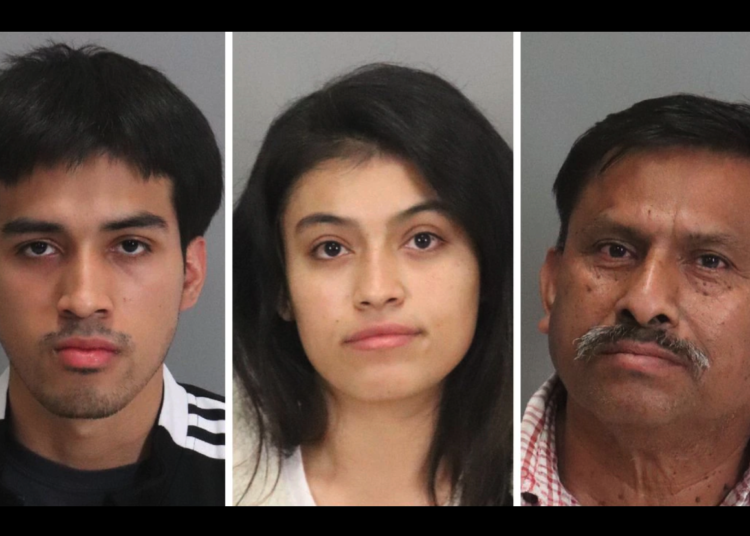 SAN JOSE, Calif. – Three family members are in custody in connection with the death of a 3-year-old girl that took place during an exorcism last year, according to prosecutors.

On Sept. 24, 2021, a 3-year-old girl named Arely died at a small church at 1094 2nd Street in San Jose, prosecutors said. First responders found the toddler on the floor of the church and offered emergency medical aid. However, their life saving measures were unsuccessful and she was pronounced dead at a local hospital, KRON4 reported.

“Detectives from the San Jose Police Department Homicide Unit began a collaborative investigation into the child’s death with the Santa Clara County DA’s Office,” the prosecutor’s office said in a press release. “During the course of the investigation San Jose Police Department Homicide Detectives identified three suspects responsible for the death of the victim: the victim’s mother, Claudia Hernandez-Santos, the victim’s uncle Rene Aaron Hernandez-Santos, and the victim’s grandfather Rene Trigueros Hernandez.”

Trigueros Hernandez was the leader of the church, KTLA reported.

The trio tortured and killed the child as they performed an exorcism ritual casting out a demon, according to court documents.

“(Claudia) Hernandez (Santos) was interviewed by police officers on Sept. 24 and Sept 25. During the interviews, the mother told police that on Sept. 23 she began to believe that Arely was ‘possessed’ because the 3-year-old girl would periodically wake up in the middle of the night crying or screaming.

“On Sept. 24 at 6:30 a.m., Arely’s mother and uncle drove her to the church. The girl’s mother, uncle, and grandfather held Arely down by her neck, torso, and legs for several hours. They attempted to make her vomit by sticking fingers and hands down her throat.

“Arely died around 6:30 p.m. after 12 hours of torture, court documents state. Hernandez told police that no one performed medical assistance to help the girl before or after she died.

“The family waited until 8:12 p.m. to call 911. When paramedics arrived, they found Arely’s lifeless body on the church’s floor. A coroner determined that her death was a homicide, caused by suffocation and smothering.”