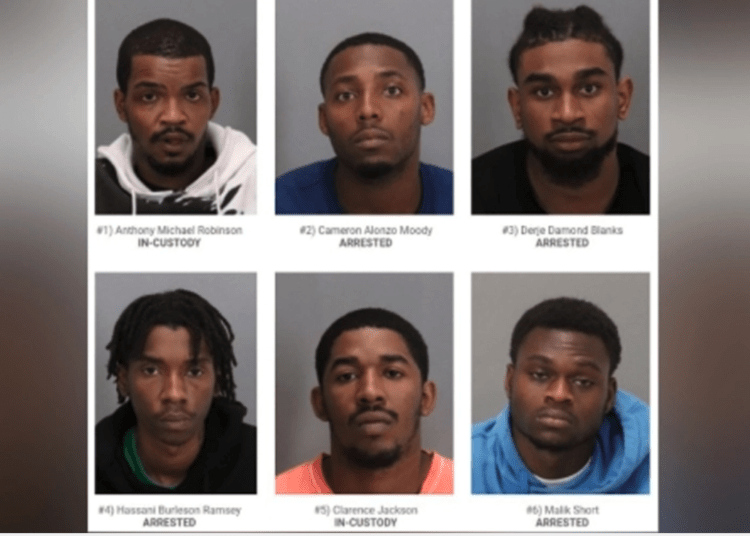 SAN JOSE, Calif. – A group of organized robbery suspects targeting Asian woman have been arrested by police in San Jose, according to reports.

The suspects have been charged with a slew of crimes including hate crime enhancements as they targeted Asian women for robbery, SFist reported.

According to the news outlet, the Santa Clara District Attorney’s Office announced the charges against six suspects in 70 crimes on Wednesday after a sprawling year-long investigation, according to The Mercury News.

In most cases, the suspects followed Asian women to their automobiles before initiating a smash and grab robbery taking valuable items from the victims, Post Millennial reported.

In the fall of 2021, the San José Police Department’s Robbery Unit concluded a yearlong, multi-jurisdictional investigation involving a prolific robbery crew that targeted victims of Asian descent; Asian females were frequently the targeted victims and many were injured during the robberies.

Robbery Unit detectives worked tirelessly to identify and arrest six suspects, who worked in concert between October 2020 and September 2021 to commit over 70 incidents of robbery, burglary, and theft. Our Covert Response Unit assisted with apprehensions of these dangerous individuals. During the investigation numerous firearms were recovered, including at least one ghost gun. The suspects were charged by the District Attorney’s Office for the criminal incidents, as well as hate crime enhancements.

Our Department wants to send a strong message to our AAPI community members: Criminals who wish to target you because of your ethnicity, or your gender, will be met with the tenacity of the finest police officers, detectives, and attorneys in the nation, and this case is a great example of that.

According to SJPD, the following suspect have been charged in the string of hate-crime robberies:

The “prolific robbery crew” is accused of targeting Asian women from Oct 2020 to Sept 2021. pic.twitter.com/VDMIY6BIq1

“I want to thank all of our Department members, as well as the outside agencies, who assisted with this long and complex investigation,” the chief said. “Thanks to their hard work, there are six less predators targeting members of our community. We are sensitive to the hate aspect targeting Asian females. I commend District Attorney Jeff Rosen for pursuing hate crime enhancements. We have tenacious investigators, and a dedicated apprehension team that was tasked with bringing these suspects to justice.”

The arrests come amid a crime wave on the west coast that has even infuriated liberal San Francisco Mayor London Breed. She said “It’s time the reign of criminals who are destroying our city, it is time for it to come to an end.”

Maskless woman denied entry to public bus, gets fatally run over as it drives away