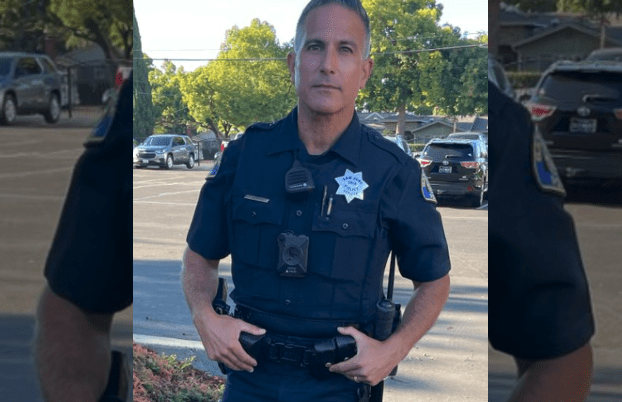 SAN JOSE, Calif. — A California police officer with nearly 29 years on the job resigned over San Jose’s vaccine mandate as the police agency continues to struggle with chronic understaffing, according to reports.

David Gutierrez spent 23 years with the San Jose Police Department working as a homicide detective, internal affairs investigator and patrol supervisor, before retiring in 2019. Yet he had more to give so he returned as a reserve officer.

“First of all, it’s my religious belief. I also believe I’ve been given a choice about what to do with my body,” Sgt. David Gutierrez said after he resigned from the San Jose Police Department this weekend, KPIX reported.

The city of San Jose requires employees to show proof of vaccination or obtain a medical exemption. Those who fail to comply face disciplinary action, which includes termination.

As a result, Gutierrez decided his public service was finished. He worked his last shift at the department on Saturday, and sent a letter to the city manager on Monday denouncing the city’s vaccine mandate.

“Disciplinary action is when you have done something wrong,” Gutierrez said, according to NBC Bay Area. “I have done nothing wrong – by making a choice not to be vaccinated why would you be disciplined?”

Gutierrez says he’s not anti-vaccine and would be open to the city testing him weekly in lieu of obtaining the vaccination.

“I’m not anti-vaccine. I don’t tell people, ‘You shouldn’t get it.’ But when it comes to my body, it’s my choice about what I want to put in my body,” he said.

The law enforcement veteran submitted his letter of resignation ahead of the city’s Sept. 30 deadline for employees to get the vaccine, and believes additional officers could also leave a department that is already facing a staffing shortage, Fox News reported.

“We are already understaffed and can’t afford to lose more,” Gutierrez said.

“If they let go police officers who’ve been here five years, 10 years, 15 years, you can hire somebody else, but you’re not going to hire that experience though,” he added.

The police officer’s association says there are roughly 150 officers who are currently unvaccinated or have not disclosed their vaccination status to the city. Losing even a fraction of them would be a blow to the police agency, KPIX reported. The association says it’s still negotiating with the city to allow routine testing in lieu of the vaccination.

The agency went through a recent audit examining the past 10 years and discovered it heavily relies on overtime to staff field operations, KRON reported.

According to a report released by the city auditor, SJPD’s overtime hours increased 300% over the last 10 years and accounted for 10% of the department’s total budget.

Nevertheless, the Democratic mayor, Sam Liccardo, says the vaccine mandate is overall working and doesn’t anticipate an exodus from the police department. Thus far, about 200 officers have requested an exemption, many are for religious purposes, according to NBC Bay Area.

“This is certainly for the protection of the individual members of our city team. But it’s also, critically, for the safety of our entire community because we know, obviously, first responders are out there interacting [with the public] every day,” Liccardo said.

It’s unclear if Gutierrez would have made the same decision if he didn’t already have a retirement pension in hand. But fortunately for him, he presumably did.