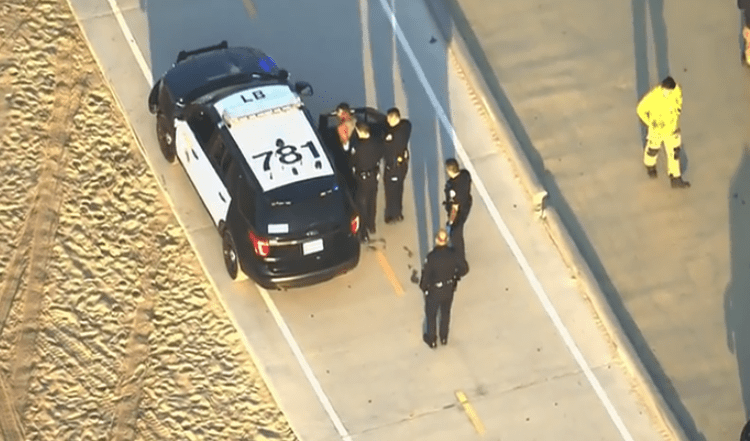 LONG BEACH, Calif. – A man has been arrested after four people were stabbed, including one fatally, over a span of about 90 minutes early Monday morning in Long Beach, California, according to reports.

The first call came about 5:35 a.m. when officers responded to the 1100 block of Atlantic Avenue regarding a female victim suffering from multiple stabs wounds to the upper body. She was transported to a local hospital and pronounced dead, the Long Beach Police Department confirmed, according to KTLA.

Within the next hour, officers were dispatched to Olive Avenue in Long Beach about half a mile away from the first stabbing. Upon arrival they discovered a man who had also been stabbed multiple times in the upper body. He was transported to a local hospital and is expected to survive.

At 7:05 a.m. officers responded about a mile away to the area of Ocean Boulevard and 4th Place, where they found two male victims who had been stabbed. One victim was transported to the hospital and is expected to survive. The other was treated by first responders at the scene, Fox reported.

The investigation led police to a nearby suspect with a knife who was identified at 21-year-old Yohance Sharp. He was taken into custody without further incident.

The suspect is described as “currently experiencing homelessness” in the Long Beach area, KTLA reported.

Detectives believe Sharp is responsible for all of the unprovoked attacks. The motive remains unclear.

Sharp has since been booked into jail to await charges for murder. He is being held on $2 million bail as the investigation remains ongoing.