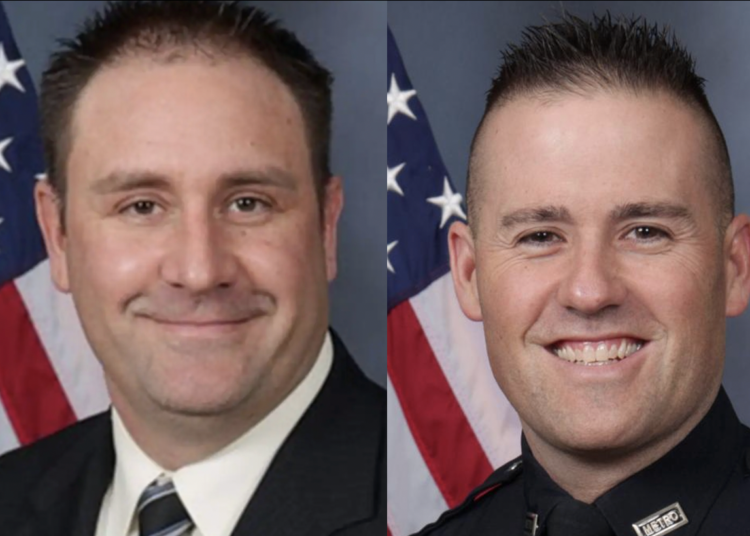 The Louisville Metro Police Department fired two officers involved in the exchange of gunfire with Breonna Taylor’s boyfriend, which ultimately led to her death.

Det. Myles Cosgrove and Det. Joshua Jaynes were let go from their positions Tuesday. Letters from Chief of Police Yvette Gentry informing them of their dismissal were released Wednesday, Fox News reported.

“Please be advised effective this date your employment with the Louisville Metro Police Department is terminated,” both letters read.

LOUISVILLE, Ky. — Two police detectives who were part of the raid that ended with an exchange of gunfire, ultimately leading to the death of Breonna Taylor, 26, are reportedly being terminated by the Louisville Metro Police Department. The move comes nine months after Taylor’s boyfriend fired at police and she was subsequently killed when officers returned fire as they attempted to carry out the search warrant.

Attorneys for detectives Myles Cosgrove and Joshua Jaynes have confirmed that both have been given pre-termination letters by Chief Yvette Gentry, WFPL reported.

“We intend to show up to the pre-termination hearing on Dec. 31 and we’re going to contest this action, although I’m not optimistic about Interim Chief Gentry changing her decision,” said Thomas Clay, the lawyer for Jaynes.

Jaynes was not at the raid. He was responsible for obtaining the search warrant that led to the shooting at Taylor’s apartment.

Jaynes asked the court to issue a warrant, supporting his request by saying that police learned from a postal inspector that a drug suspect, Taylor’s ex-boyfriend, had received packages at her address. But he later acknowledged to investigators that he had not verified that information with a postal inspector, according to NPR.

“These are extreme violations of our policies, which endangered others,” Chief Gentry wrote in the pre-termination letter obtained by The New York Times.

Cosgrove was one of multiple police officers who returned fire when Kenneth Walker shot at police making entry, striking Sgt. Jonathan Mattingly in the leg. Taylor was killed during the exchange of gunfire.

Cosgrove’s lawyer did not offer a comment for WFPL.

In addition to going through the process of termination, Cosgrove has been the victim of doxing and death threats, Law Officer previously reported.

“It has recently become clear that it will be impossible for Myles to safely return to his position serving the community with the Louisville Metro Police Department,” the family wrote in September.

Cosgrove, who served in the U.S. Marines and was honorably discharged, “has selflessly served this country and his communities, again and again, for the past 23 years, only to find himself the target of a meticulous campaign of disinformation,” the family said at the time.

Hankison said he fired his weapon because he thought his colleagues were being “executed,” recordings from grand jury proceedings show, Law Officer reported in October.

“I didn’t know if Jon was down and they couldn’t get his body or if he was – but all I could hear was the firing. I saw the flashing,” Hankison said. “I thought they were just being executed because I knew they were helping Jon because Jon said, ‘I’m hit, I’m down’ and the gunfire intensified.”

Hankison was indicted on three counts of wanton endangerment in the first degree for allegedly firing blindly into Taylor’s apartment. He has pleaded not guilty.

When reached for comment, Louisville Metro Police Department told NPR that they are unable to give or send information on any parts of the case until it is closed.