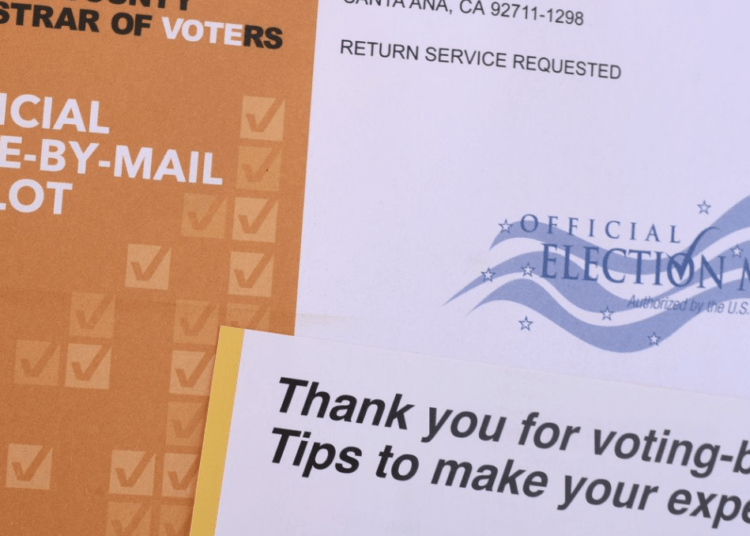 NEVADA — The Trump 2020 Campaign filed another lawsuit Thursday, telling a Nevada judge it had evidence of deceased people voting and thousands of “double votes.”

Binnall also alleged that 42,284 voters voted twice, roughly 20,000 voters were found to have voted without a Nevada mailing address and 2,468 voters had changed their address to another state.

The total number of votes that are alleged to be “irregular” tallies at 66,258, nearly double the margin of victory.

Trump’s legal team said they focused on Nevada’s election law that allows mail-in ballots to be sent to every individual without the ballot having first been requested – a practice that several states carried out amid the coronavirus pandemic.

Just prior to the Thursday hearing, the Nevada GOP posted a video on Twitter of 20 binders they said contained evidence supporting their claims.

We have 20 binders containing 8,000 pages of evidence that will be presented in just a few minutes showing what took place this election in Nevada! pic.twitter.com/oOEpl4HCCW

“We have testimony from multiple witnesses reporting that the usb drives used in the election would show that vote tallies changed overnight,” the group said on Twitter.  “That means in the dead of night, votes would appear or disappear on these voting machines during early voting and Election Day.”

"We have testimony from multiple witnesses reporting that the usb drives used in the election would show that vote tallies changed overnight. That means in the dead of night, votes would appear or disappear on these voting machines during early voting and Election Day."

“In the dead of night, votes appeared and votes reappeared without explanation, and there is no good explanation,” Binnall said according to the local news outlet.

But Judge James Russell pushed back on this point, noting that there is no way to tell who voted for whom, and asked how this information changes the outcome of the election.

What the judge is apparently overlooking, and Law Officer is unsure if attorney’s presented the argument, is that when one side is predisposed to cheat, mass illegal ballots to the tune of about 66,000 will overwhelmingly favor their candidate. Essentially, every illegal vote cast needs to be excluded from the final tally.

“In a court of law it’s evidence that counts, not tweets or social media bluster, not hearsay or speculation, it’s evidence and that’s what’s missing in the record before the court,” attorney Kevin Hamilton, representing the Democrats, said.

Hamilton also pointed out that both Democratic and Republican districts across the U.S. use the same signature verification machine as Clark County, and noted that the county reported no issues of mass voter fraud during the June primary.

“This election was unfortunately stolen,” Binnall said, 8 News Now reported, “We cannot turn a blind eye with evidence like this. We cannot allow an election to be stolen.”

The judge said he would review all the evidence and attempt to make a decision by Friday.