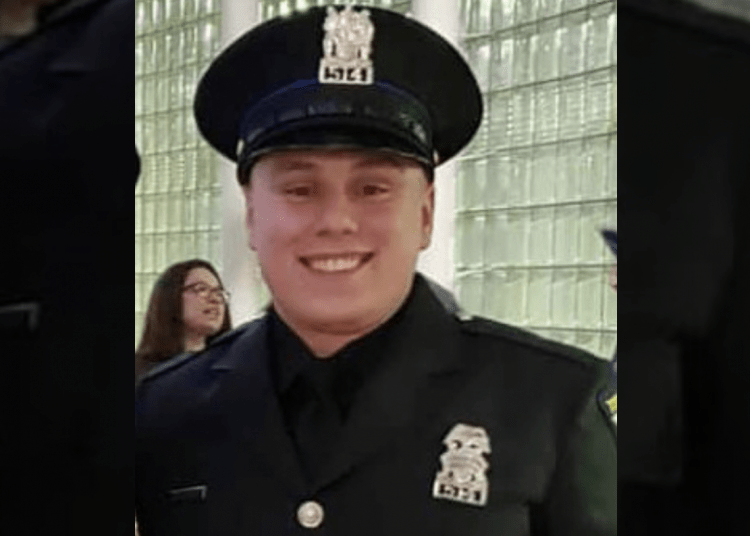 TOLEDO, Ohio — An Ohio police officer has died after a shooting standoff with a suspect, the Toledo Police Department said Monday. Chief George Kral identified the officer as 24-year-old Brandon Stalker, Law Officer reported. According to Kral, Stalker was hit once by the suspect, who brandished two firearms while leaving a house which he entered after an exchange with police.

A #toledopolice officer and a suspect have been shot during a standoff. More information will follow. pic.twitter.com/VyfN3cCT3F

“This is a very dark and horrific day for the city of Toledo,” Mayor Wade Kapszukiewicz said at the press conference.

At around 3:53 p.m. ET, officers noticed the suspect, wanted in an earlier vandalization and arson at a city cathedral, having a cigarette on Fulton Street.

According to abc13, the historic Rosary Cathedral was vandalized with graffiti that read “Jesus is Black” and “Black Jesus.” The damage was reportedly estimated to cost $5,100. Kral said police had warrants out for the suspect.

After Stalker and at least one other officer approached the suspect, he brandished a firearm and entered a home.

Police set up a perimeter and called in negotiators and swat teams.

Officer Stalker, who was on a perimeter position, was struck in the head and fatally wounded. Other officers returned fire and killed the subject, according to ODMP. The suspect was identified as 27-year-old, Christopher Harris, Fox 8 in Cleveland reported.

Officer Stalker had served with the Toledo Police Department for 2-1/2 years. He is survived by his child and fiancée.