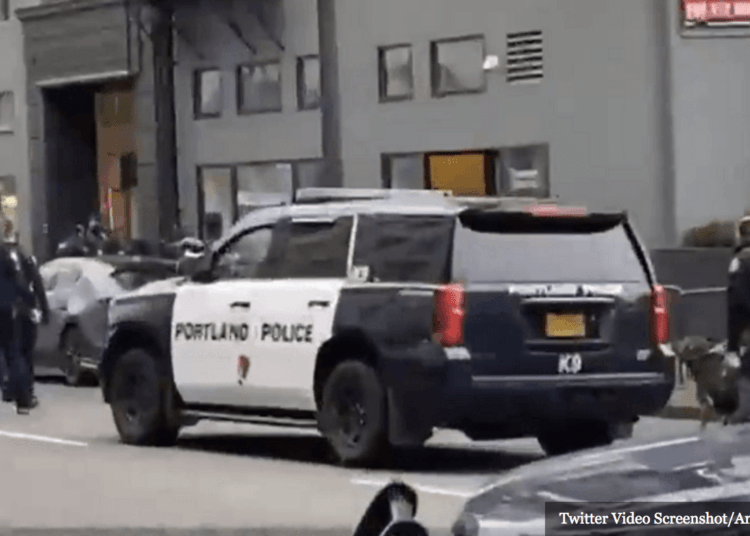 PORTLAND, Ore. — Protesters in Portland, Oregon, interfered with police officers as they engaged a suicidal man armed with a knife. The crowd of agitators continued to distress the man who threatened to kill himself despite pleas from the man’s mother to stop.

Portland Police Bureau officers responded to a call on January 15 about a man who jumped from a second-story window and began wielding a knife at passersby, according to police officials. As responding officers arrived on scene, the man held the knife to his neck and threatened to kill himself if police came closer, Breitbart reported.

An officer with the Enhanced Crisis Intervention Team arrived and began talking to the man while other officers attempted to clear the streets to reduce the man’s stress.

Officers learned the man was schizophrenic and extremely paranoid, according to police officials. He threatened to kill himself and to hurt others. Police officers backed off and continued to communicate with the man in an effort to peacefully resolve the matter.

However, after about 90 minutes, crowds of protesters began to arrive and exacerbate the scene. Agitators began chanting at police and used a bullhorn, which served to increase the suicidal man’s agitation.

A video tweeted by independent journalist Andy Ngo shows police trying to move the people back from the scene in an effort to calm the distraught man, according to Breitbart.

While Portland Police were trying to calm a suicidal man w/a knife yesterday in downtown, #antifa gathered using a bullhorn to try & stop them. It made the man more agitated. After hours, police tased him. He was uninjured but antifa nearly rioted. pic.twitter.com/UdMfsQTGIf

The crowd of protesters refused to comply with officers orders to reduce the noise. Moreover, the crowd continued non-compliance even when begged by the suicidal man’s mother.

Instead, the crowd began to threaten officers forcing a major law enforcement response to the scene, police said in a press statement. The officers were forced to don helmets and face shields to protect themselves from the “hostile crowd.”

After about three hours, police utilized a barking K9 to distract the man so other officers could safely approach and use a Taser to neutralize him. The officers gained possession of the knife and took the man into custody.

An ambulance crew transported the uninjured man to a hospital under a Police Officer Hold enabling doctors to provide a proper evaluation of the man’s mental health condition.