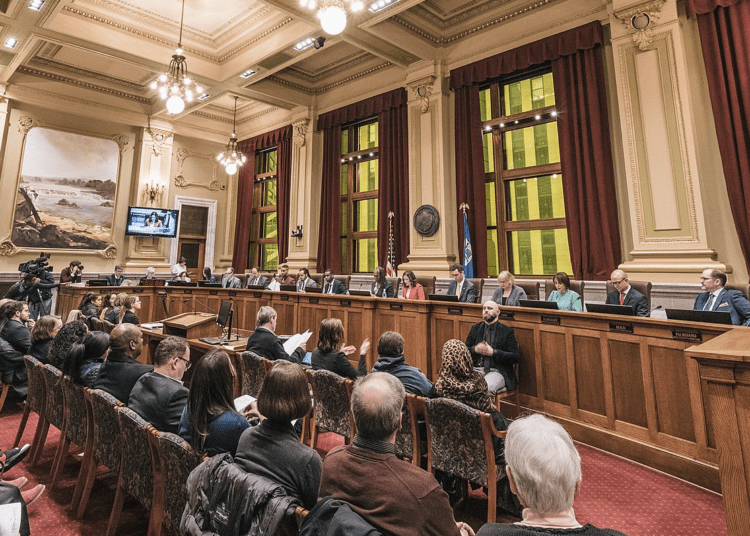 MINNEAPOLIS — While the Minneapolis Police Department received budget cuts last month, Minneapolis Mayor Jacob Frey and 13 city council members are in line to receive raises this year. All of this is happening while the city’s small businesses remain under pressure in the wake of last summer’s Black Lives Matter riots and the ongoing coronavirus pandemic.

The Minneapolis City Council passed a budget in December that cut its police funding by $8 million, Law Officer reported. The budgeted monies are purportedly reallocated for mental health and violence prevention programs.

The plan for the shifting of police funding, called “Safety for All,” follows the city council’s stalled attempt to completely dismantle the Minneapolis Police Department in 2020 following the custodial death of George Floyd.

The City Council adopted a 2021 budget!!

All the #SafetyForAllBudget proposals passed for 2021. Mental health, violence prevention, oversight and more.

Thanks to all who got involved!

Meanwhile small businesses in the city are hurting, and they are not happy to hear that local politicians are receiving raises.

Flora’s Hair Designs owner Flora Westbrooks, whose salon was torched during the violence, told “Fox & Friends Weekend” on Sunday that Minneapolis’ small businesses still need all the help they can get.

“You’re getting these raises – why can’t you put them into the community?” she said. “Help the small business owners. Help us. We need help.”

Frey said Friday that he returned the pay raise to the city, which was approved by the city council in 2017. Some city council members say they will also donate the pay increase, according to the Minneapolis Star Tribune.

I’ve already declined the increase and returned it to the city. I could not in good conscience accept a raise while so many of our residents are hurting and all our departments continue confronting budget cuts. https://t.co/yfAjuMA3ep

Westbrooks stressed it’s “not right” for city officials to be receiving more money just because “they can do it” from a position of a higher power, Fox reported.

Westbrooks said the only assistance she has heard of is “talk” about an on-site cleanup. Her salon was burned down in May 2020.

Since the riots that left her livelihood in tatters, Westbrooks launched a GoFundMe page to raise cash for restoration, but says she still needs more.

“I need more money to rebuild,” she said. “I still can’t rebuild.”

The salon owner also pleaded against defunding the police in a time when law enforcement is needed for “protection.”

In November, the city council barely passed funding to bring in outside officers from the Hennepin County Sheriff’s Office and Metro Transit Police after driving so many of their own cops to the exits. The officers were assigned in the city to assist with 911 calls and to respond to violence, Law Officer reported.