Tarrant County deputy dies after found shot in Fort Worth 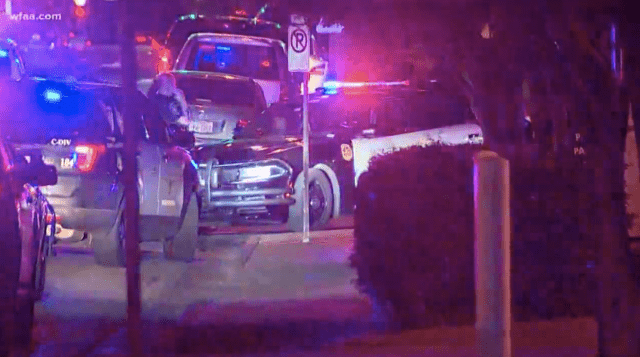 FORT WORTH, Texas – Authorities say a Tarrant County deputy who was found with “significant injuries to his head” was pronounced dead Friday night at a Fort Worth hospital.

The deputy was identified as Sgt. Keith Shepherd, a 19-year veteran with the Tarrant County Sheriff’s Office.

“I can tell you what I know about Keith is that he had a great reputation at the Tarrant County Sheriff’s Office,” Sheriff Bill E. Waybourn said. “He was a strong leader. He was loved. He was a great husband and a good father.”

Fort Worth police said they received a call at about 9:27 p.m. that a Tarrant County deputy was found shot in the sheriff’s parking lot, located in the 100 block of Burnett Street, according to the report.

“He was found in his vehicle with blood outside the vehicle and blood inside the vehicle,” Waybourn said. “And nobody knows what happened there. And the officers that found him immediately began to do emergency medical procedures on him.”

As a result, Shepherd was transported to Texas Health Harris Methodist Hospital, where he was later pronounced dead.

While police said there was no suspect information at this time, Waybourn said he believed there was no immediate threat to the public.

Waybourn said the Fort Worth Police Department would take the lead in the investigation.

Update: Despite initial police reports that Sergeant Shepherd was shot, Fort Worth police now say that there was “no evidence to suggest” he was shot, according to Star Telegram.

Update: Shepherd was not shot. He died of a pulmonary embolism, which caused a fall, according to the medical examiner. Read more.

Fort Worth rejects police advisory board