As Long As Society Treats Tragedy As Crime, Cops Will Flee The Profession 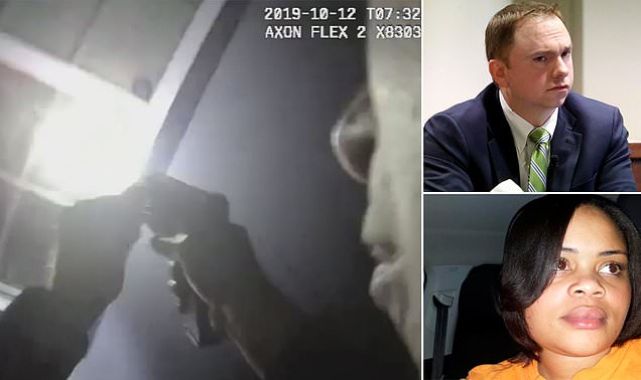 If anyone wanted to know why law enforcement is facing an epidemic of catastrophic proportions with the lack of recruits and the mass exodus of police, look no further than Fort Worth, Texas. While we doubt anyone can get past the emotions, rhetoric and lies that have been told about the tragic death of Atatiana Jefferson on October 12, 2019, we are going to do what few will.

Tell you the truth.

It’s not that the truth matters anymore, and Officer Aaron Dean is now facing up to 20 years in prison for a manslaughter conviction but if you want to hear it, here we go.

While the media is busy churning up the typical “white cop” and “black victim” narrative and the activists demand a murder conviction, what actually occurred matters.

On October 12, 2019, the Fort Worth Police Department received a call of an open front door at a residence. While that type of call is not unusual, what the officers encountered at the residence at 2:30 am certainly was. They observed two doors wide open and the lights in the house were on.

This would be suspicious to anyone, and the officers treated it that way. Suspecting a possible burglary, the officers began checking the perimeter of the residence looking for any forced entry. While doing so, Officer Aaron Dean observed a person on the other side of a window pointing a gun at him. After briefly shouting commands, Dean shot and killed Atatiana Jefferson.

Before we go any further and tell you additional details, let’s take a look at what the United States Supreme Court says how we should judge deadly force incidents with law enforcement.

The Fourth Amendment “reasonableness” inquiry is whether the officers’ actions are “objectively reasonable” in light of the facts and circumstances confronting them, without regard to their underlying intent or motivation. The “reasonableness” of a particular use of force must be judged from the perspective of a reasonable officer on the scene, and its calculus must embody an allowance for the fact that police officers are often forced to make split-second decisions about the amount of force necessary in a particular situation. (Graham v. Connor, 1989)

Analyzing what we know thus far, what would you do as a police officer? You are at a location where not only a private citizen thought it was urgent enough to call law enforcement, but you are now faced with the possibility of a first-degree burglary when someone points a gun at you.

While everyone reading this either knows the rest of the story or you want to skip to it, as a police officer you don’t get to do that and the highest court in the land says as much. Law enforcement is tasked with acting based on the information they know at the time, and are judged based on “an allowance for the fact that police officers are often forced to make split-second decisions about the amount of force necessary in a particular situation.”

The Rest of the Story

Law enforcement doesn’t get the privilege of knowing what everyone else knows the next day after a deadly force incident. Atatiana Jefferson was in her own home and was playing a video game with her 8-year-old nephew. She heard a noise outside, picked up her gun and according to her nephew on the night of the incident, she pointed it at the window.

Those looking for political gain want you to believe that Atatiana Jefferson was murdered in cold blood for being black but it’s just not true. The facts are not disputed and it was all caught on Officer Dean’s body camera. The race of Jefferson was not apparent but the gun being pointed was.

While the prosecutor filed a murder charge and the jury handed down manslaughter, there isn’t a criminal law professor worth anything that will tell you this was murder or manslaughter. It was a horrible tragedy.

The inherent problem in this case and so many others is our society has decided to judge law enforcement based on facts that we find out much later. Throw in race, emotion, outrage and quotes from Activist Trice Jones who said, “Black people are not safe” and you have exactly what you have in America today…..absolute chaos.

If this is going to continue, then we have no choice than to advise anyone considering the law enforcement profession to flee. After all, how could anyone expect anyone to do a job where this kind of judgement prevails.

Medical doctors kill approximately 250,000 people a year and their actions are the third leading cause of death in America. Society calls that “medical mistakes” because we understand that doctors are often faced with life and death decisions with limited information at their disposal.

Fathers have killed their own kids, mistaking them for burglars and mothers have tragically left children in car seats in the summer.

None of them faced 20 years in prison.

The death of Atatiana Jefferson is tragic and while you could never compare her death with what we mentioned, society needs to understand that as long as you hold law enforcement to an unattainable standard, good luck finding anyone to do the job.

While all the pundits and talking heads are outraged that a police officer investigating a felony crime, shot someone that was pointing a gun at them, consider what those same cowards would have said if Officer Dean went to a house where there was a potential felon inside, saw someone inside point a gun and simply ignored it? But what if the person with the gun wasn’t the homeowner but holding the homeowner hostage. What if that same person killed the homeowner and their family and Officer Dean did nothing?

The same people making this incident about race would still be making it about race except this time, law enforcement won’t act because of race.

If we are honest, these are not easy scenarios, which is exactly why the court has ruled the way they have…“…in light of the facts and circumstances confronting them, without regard to their underlying intent or motivation.”

While we think the proverbial ship has sailed, America better start getting this right or expect THE PURGE to visit every city in the country.

Why would a cop go to any 911 call if they could face someone with a gun, and then go to prison for doing exactly what the law says they can do.

Why would a cop go to a disturbance if, after an altercation, the subject dies from drugs they ingested prior to law enforcement’s arrival and the police get blamed?

Why would a cop arrest someone, take them to jail, and then get blamed and fired after the person commits suicide in jail?

Those are real examples and we don’t have enough server storage to tell you about them all.

This Is About Leadership

We doubt that the media and the money hungry activists will ever stop but leaders better step up. Fort Worth’s Mayor told the press after this incident that it didn’t matter if Atatiana Jefferson had a gun. Did he actually believe she would be dead without the officer seeing the gun? Sure, some crazy people would like others to believe that but that’s a fantasy. If the Mayor was facing the barrel of a gun to his head, would he still say the gun doesn’t matter?

Unfortunately, tragedies will continue to occur, and we need leaders to address those head on with honesty and transparency rather than emotional rhetoric. At the same time, when actual criminal acts occur in law enforcement, those same leaders need to also face those head on. Both of these scenarios can be true without every tragic ending of a police call being another “call for justice.”

Anyone in law enforcement understands that horrible things could happen with well-meaning intention, and we accept that. What can no longer be accepted is sacrificing law enforcement to mob rule when it’s convenient and as long as that is occurring, we expect fewer and fewer cops to be on the streets in America.