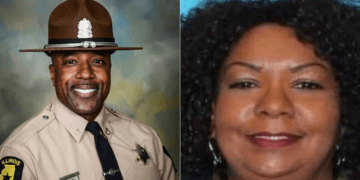 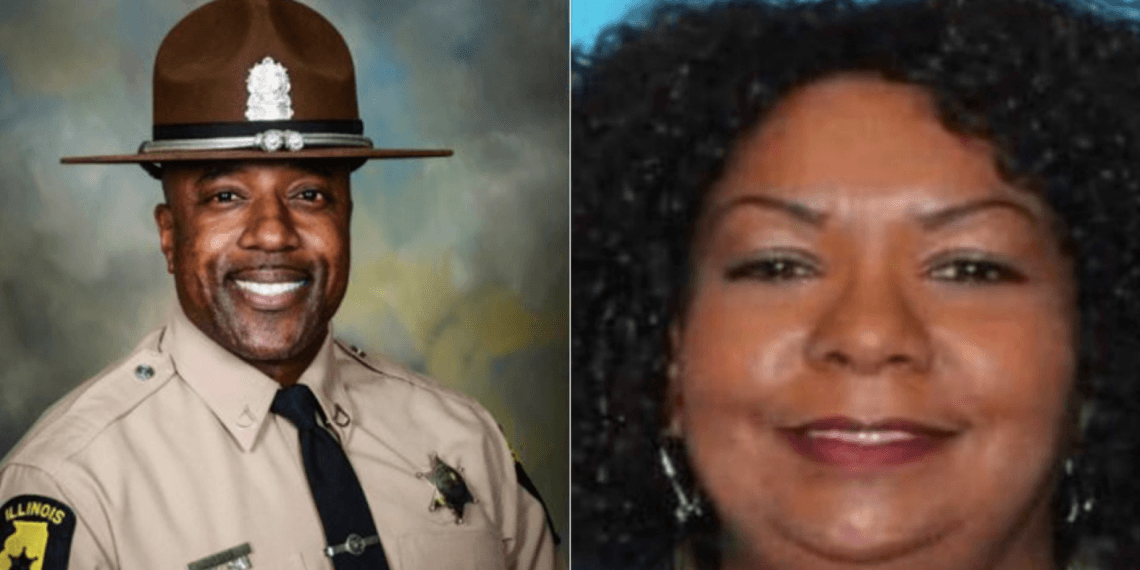 LISLE, Ill. – A woman who fatally shot a retired Illinois trooper in a suburban Chicago cigar lounge five days ago had written his name on the wall of her condominium with the message, “I hate you…hope you two die,” police said. The message was written with a “Sharpie-type” marker.

The retired trooper Gregory Rieves, 55, was killed Friday night at The Humidor in Lisle.

Lisle police said Lisa McMullan, 51, of Chicago, killed herself after murdering Rieves and shooting two other men who survived. The wounded survivors were identified as Lloyd Graham, 55, and Kaiton Bullock, 48. Graham is a retired ISP trooper, Bullock remains on active duty with the agency. Police said the wounded men are expected to survive after undergoing surgery. They were both listed in stable condition on Monday.

Police said the woman knew all three men but the extent of their relationship wasn’t known.

On Monday, police said McMullan’s scrawled threat was found after the shooting, and referenced Rieves and another man who was not at the cigar lounge Friday. They said the writing led them to suspect a personal beef as a motive for the shooting, FOX 32 Chicago reported.

Moreover, the news agency reported Monday that McMullan had obtained a license to carry a concealed weapon, and had no known criminal history.

Lisle Mayor Christopher Pecak issued a statement Monday that said “the Village’s thoughts and prayers go out to the victims of this violence and to their families. We wish them grace and healing during this trying time.”