Illinois deputy dies after being struck by suspect vehicle during chase

The deputy was a member of the Knox County Sheriff's Office 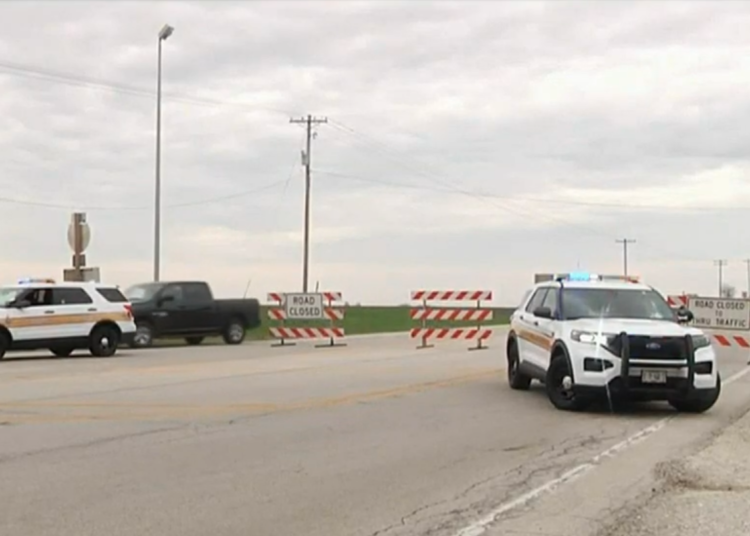 The suspect crashed into a field after fatally striking the deputy. He was taken into custody following a brief foot chase. (Screenshot KWQC)

HENRY COUNTY, Ill. – An Illinois deputy was struck and killed by a suspect fleeing from law enforcement officers during a vehicle pursuit, according to reports.

A deputy from the Knox County Sheriff’s Office was hit by the suspect vehicle while setting out spike strips, according to the Illinois State Police.

The chase began when Galesburg police responded to a 911 call of a man with a gun at the Circle K gas station about 8:00 a.m Friday. Officers tried to detain the man, but he fled north on U.S. Highway 150, KWQC reported.

According to troopers, the deputy set up spike strips at an intersection in Henry County when he was fatally struck by the fleeing suspect.

The vehicle then crashed into a field north of the intersection and law enforcement officers arrested the individual after a brief foot pursuit, NBC 15 reported.

The Illinois State Police is handling the investigation.

“We understand members of our law enforcement community and the public want answers,” ISP said in a press release. “The investigative team will be working around the clock to get those answers, and we will update everyone in the hours and days ahead.”

The name of the deputy and of the suspect involved have not been released at this time.