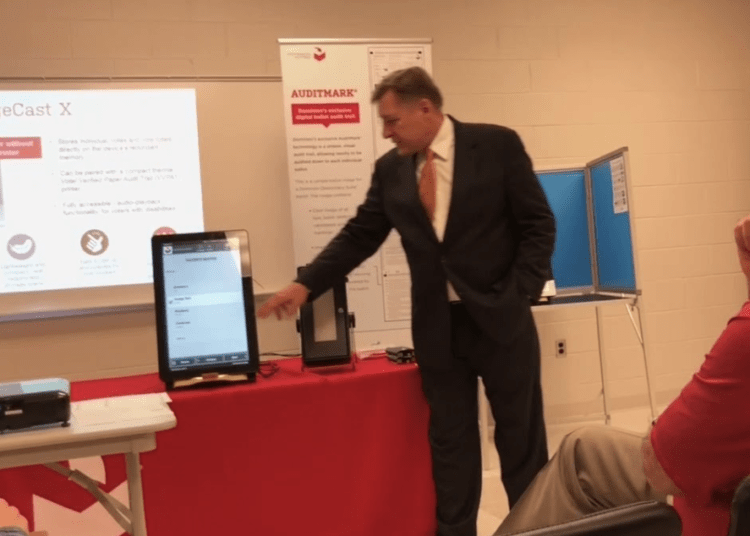 The election software that “glitched” in both Georgia and Michigan — which in Michigan’s case, incorrectly gave Joe Biden 6,000 votes — is being used in 28 states, according to the software company’s website, Breitbart reported.

The software company, Dominion Voting Systems, “glitched” in Michigan, causing thousands of ballots that were meant for Republican candidates to be wrongly counted for Democrats in the state’s Antrim County. Antrim is also one of 47 counties in Michigan that uses the same software that experienced this “glitch.”

The presidential election results for Antrim County were later corrected, flipping the county from Joe Biden to President Donald Trump after the “glitch” was fixed, Law Officer reported.

Two Georgia counties — which use the same electronic voting software — also reported encountering glitches during the 2020 election, which caused their voting machines to crash.

A Georgia election official said that a technical glitch that halted voting in the state’s Spalding and Morgan counties was caused by a vendor uploading an update to their election machines the night before the election.

“That is something that they don’t ever do. I’ve never seen them update anything the day before the election,” said Marcia Ridley, elections supervisor at Spalding County Board of Election.

A third county in Georgia — Gwinnett County — which uses the same software, also experienced a glitch. This glitch, however, had caused the delay of counting thousands of votes in the 2020 presidential election.

Election officials estimate that roughly 80,000 absentee ballots were impacted by this glitch, yet decided to push the impacted votes through, knowing some of the votes would likely change, Breitbart reported.

The software was implemented in all of Georgia’s counties for the first time this year.